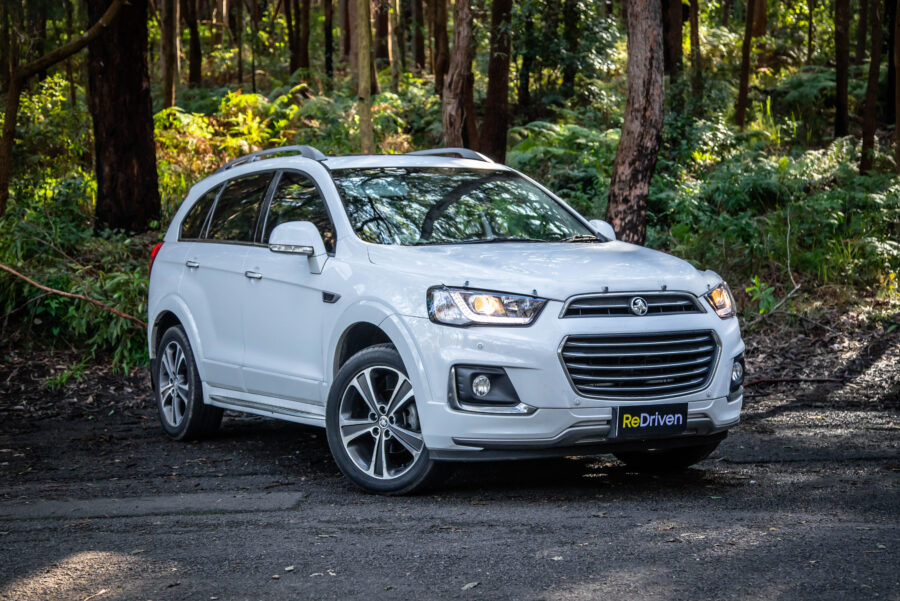 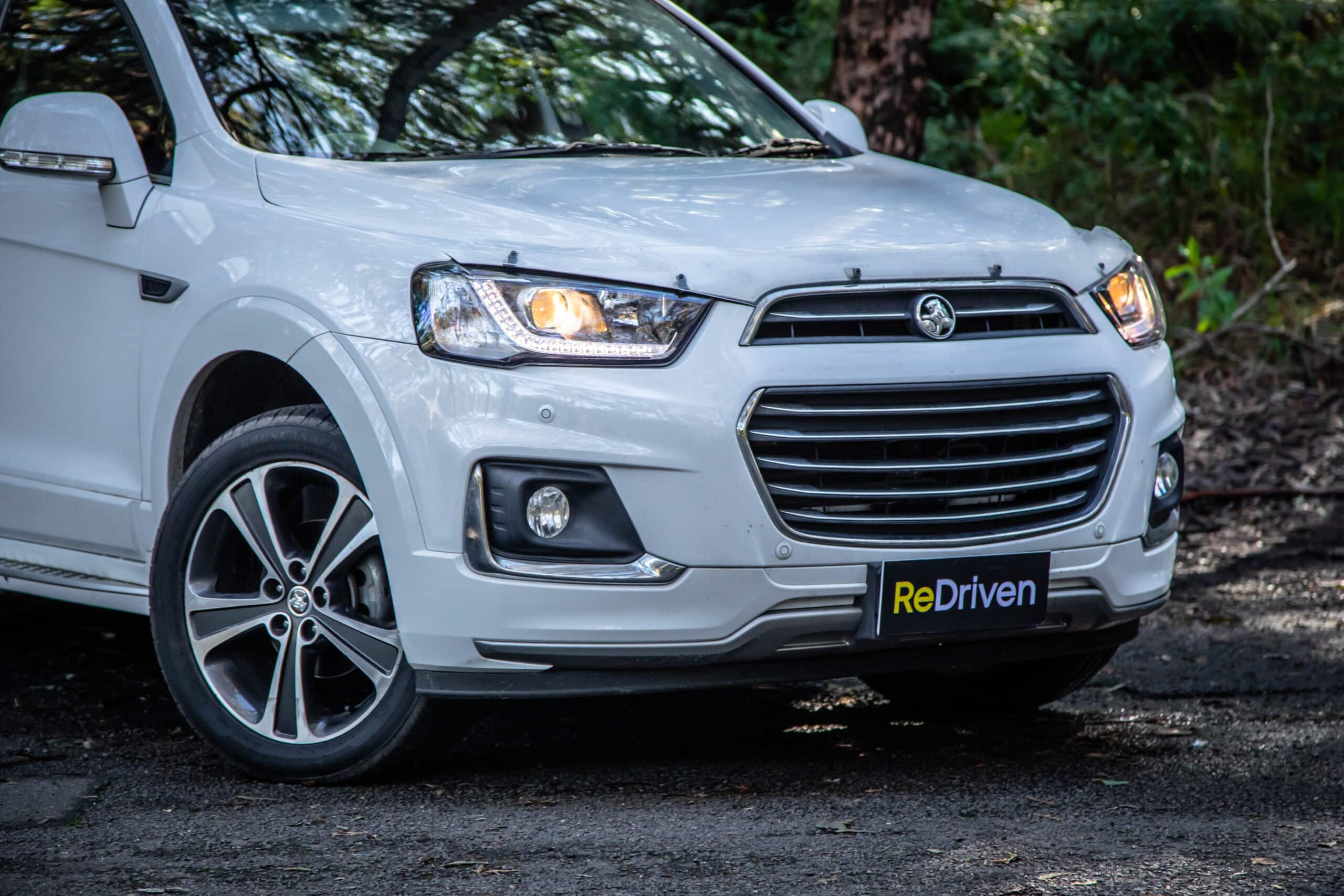 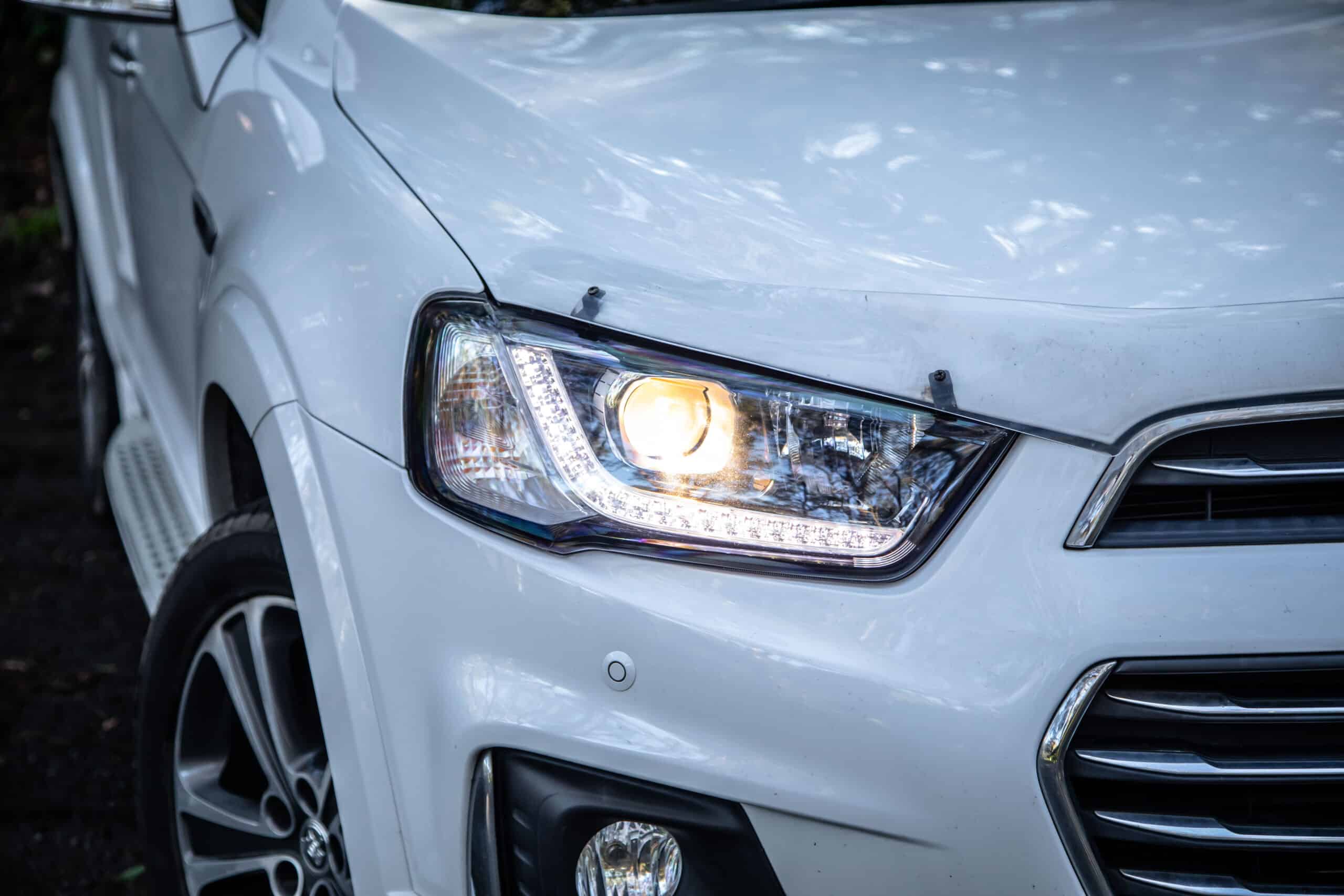 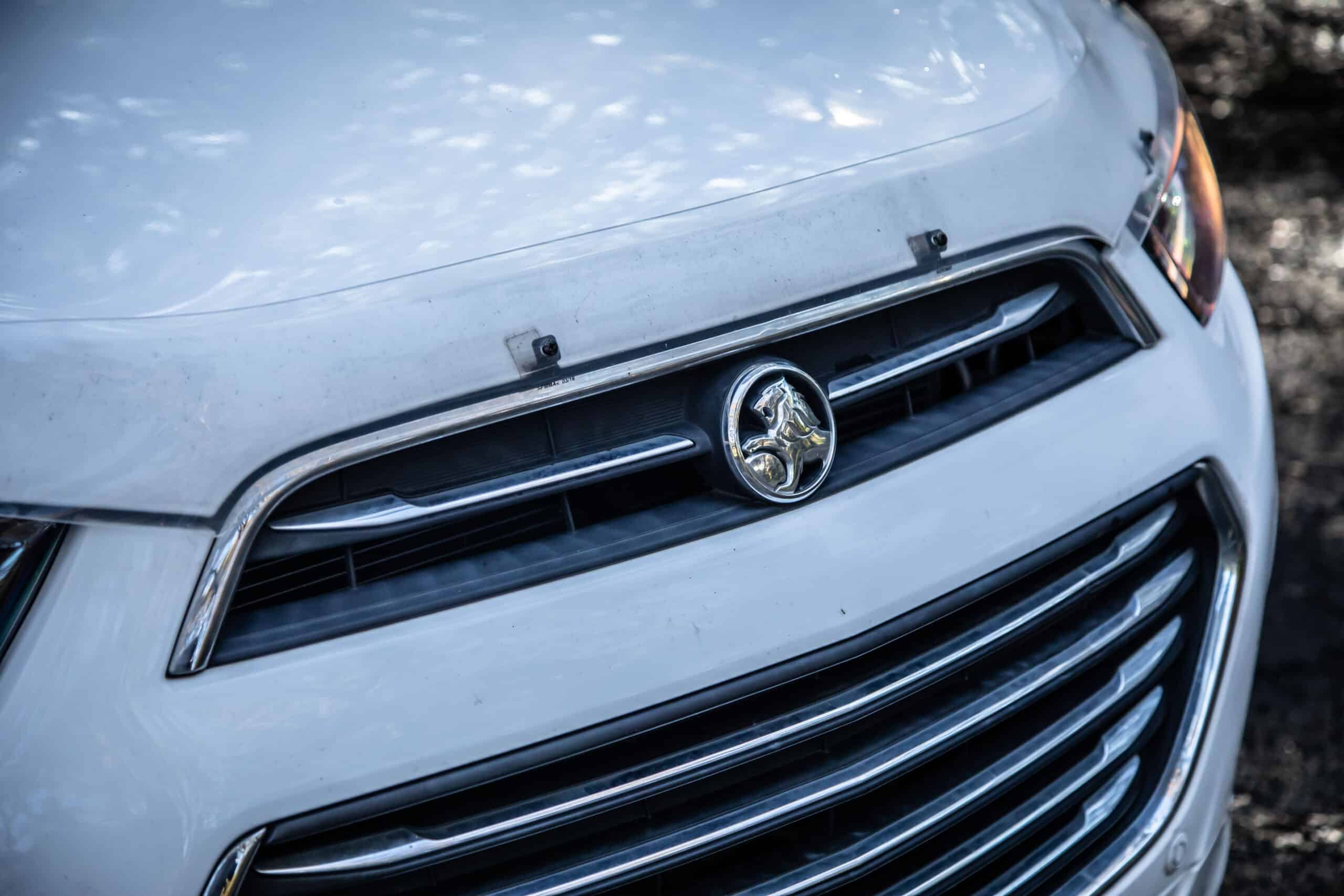 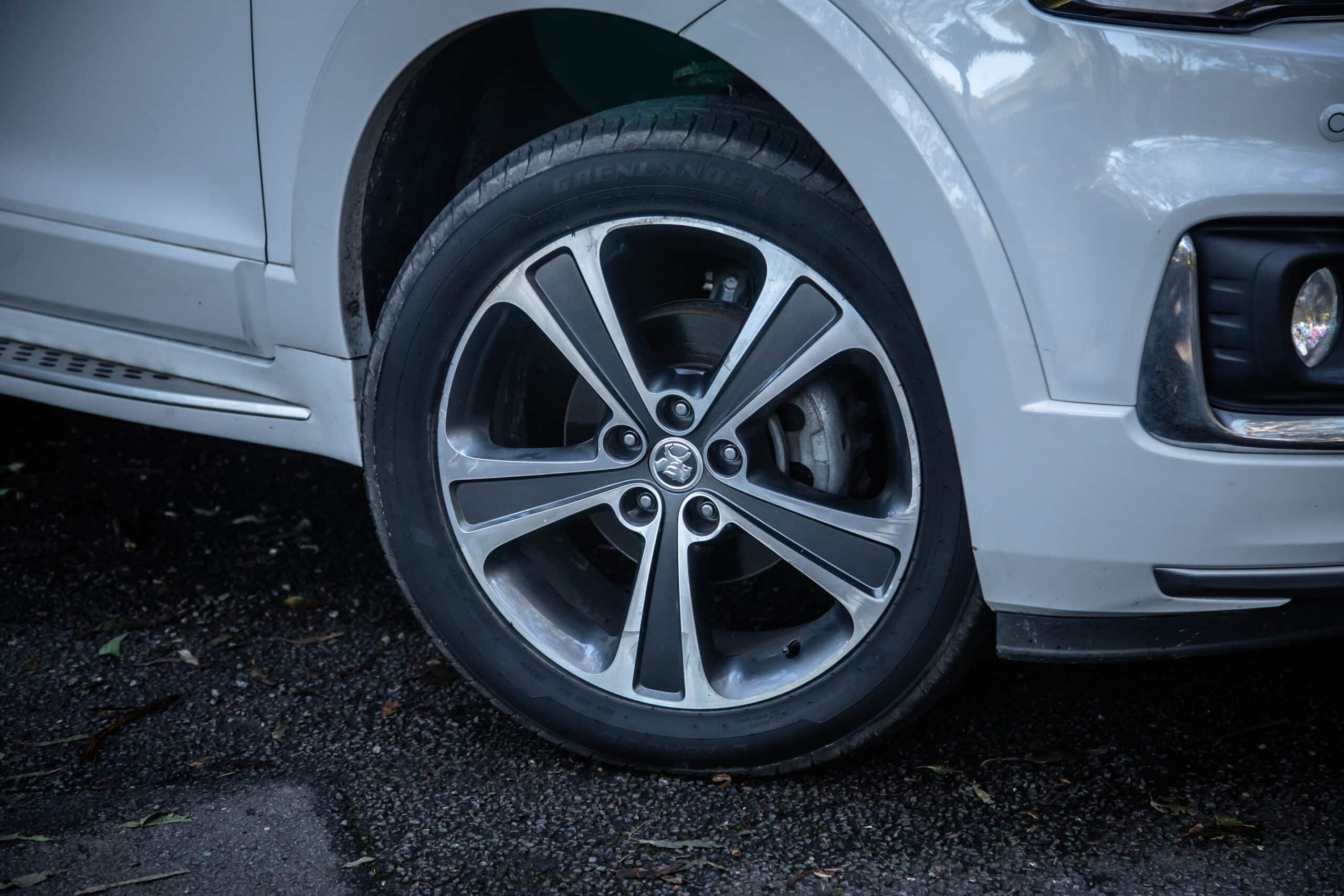 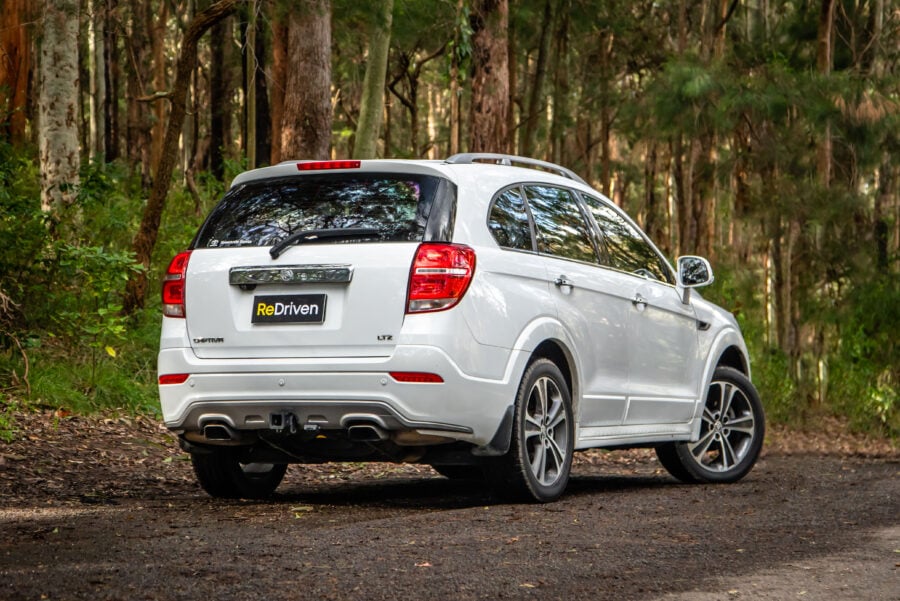 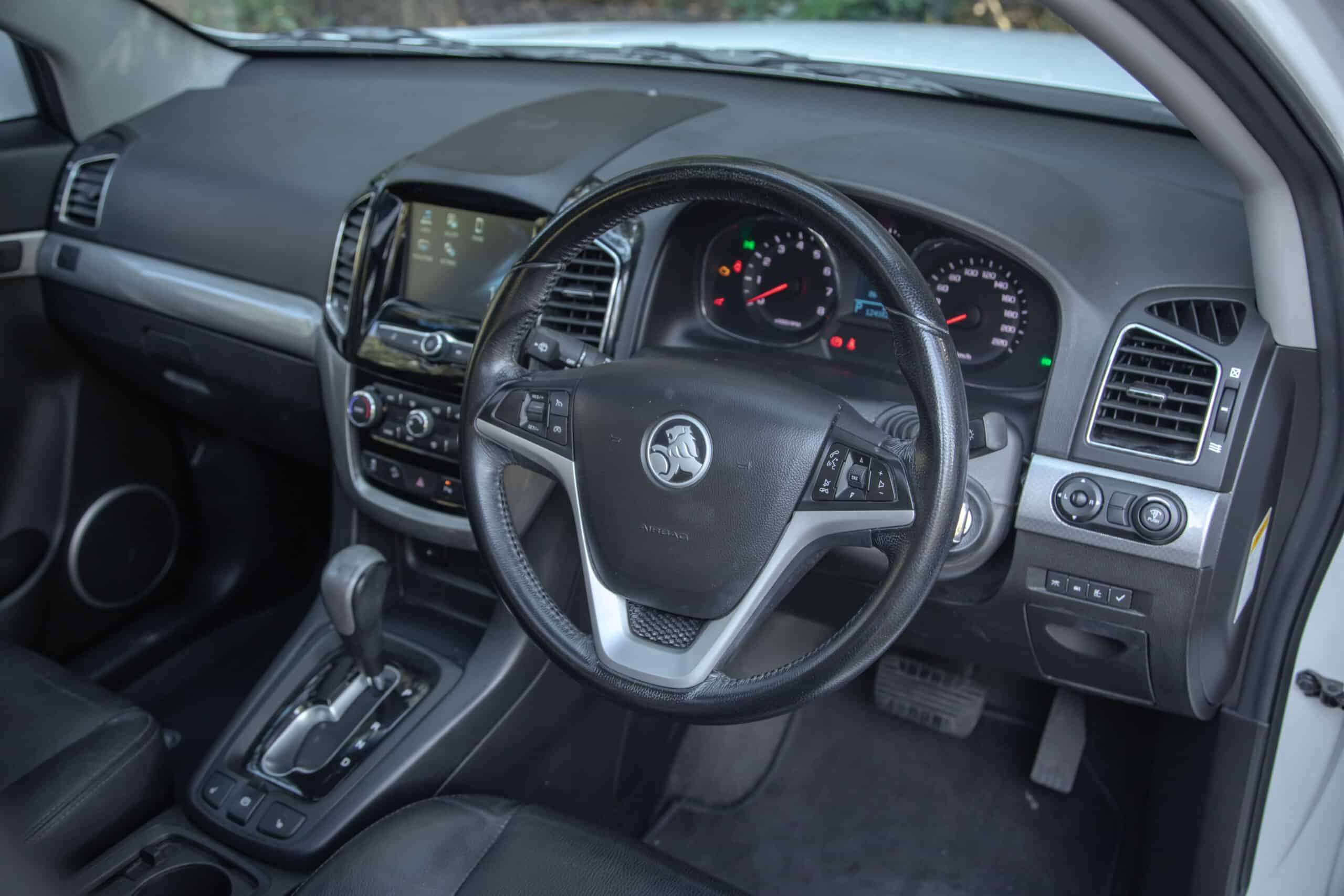 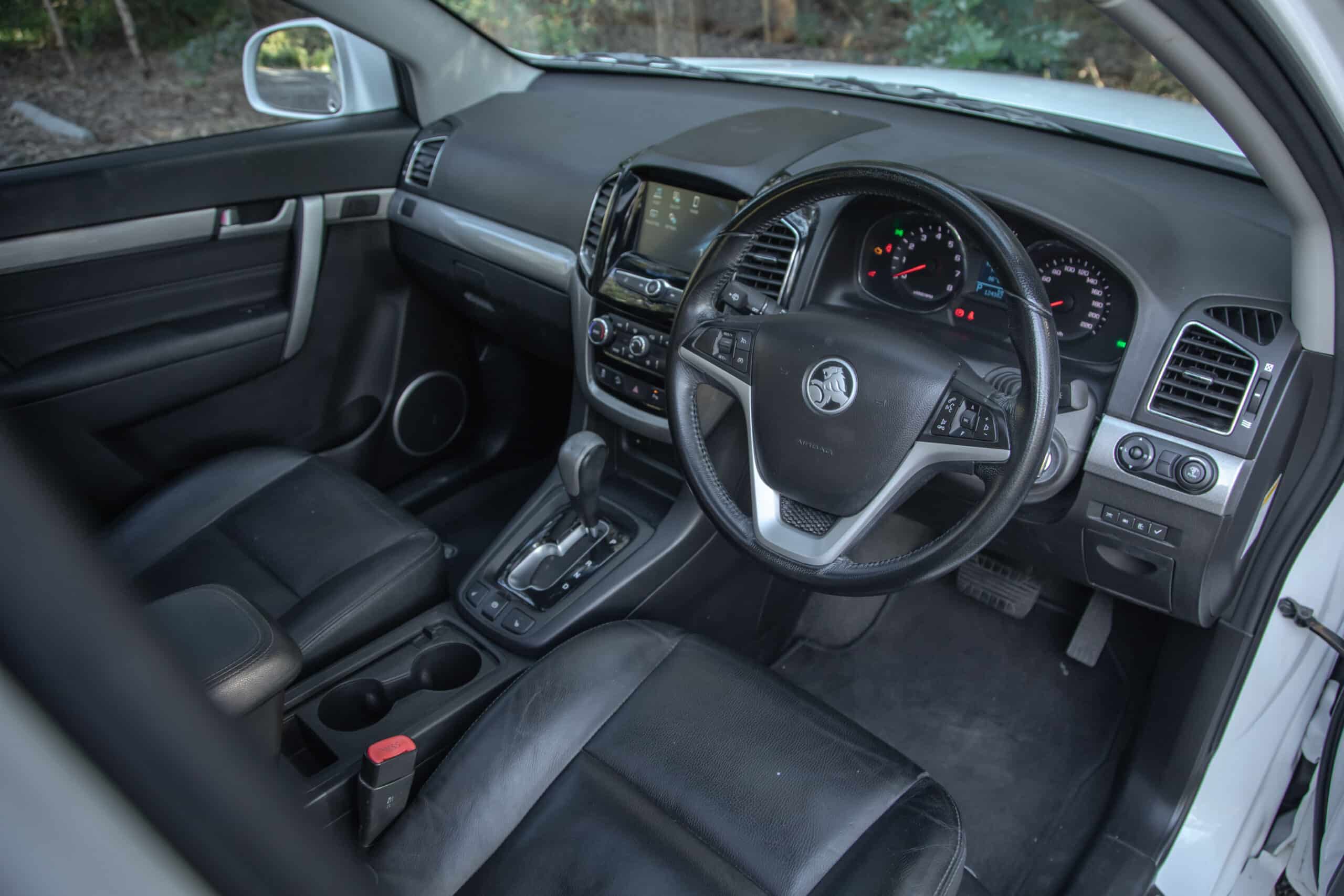 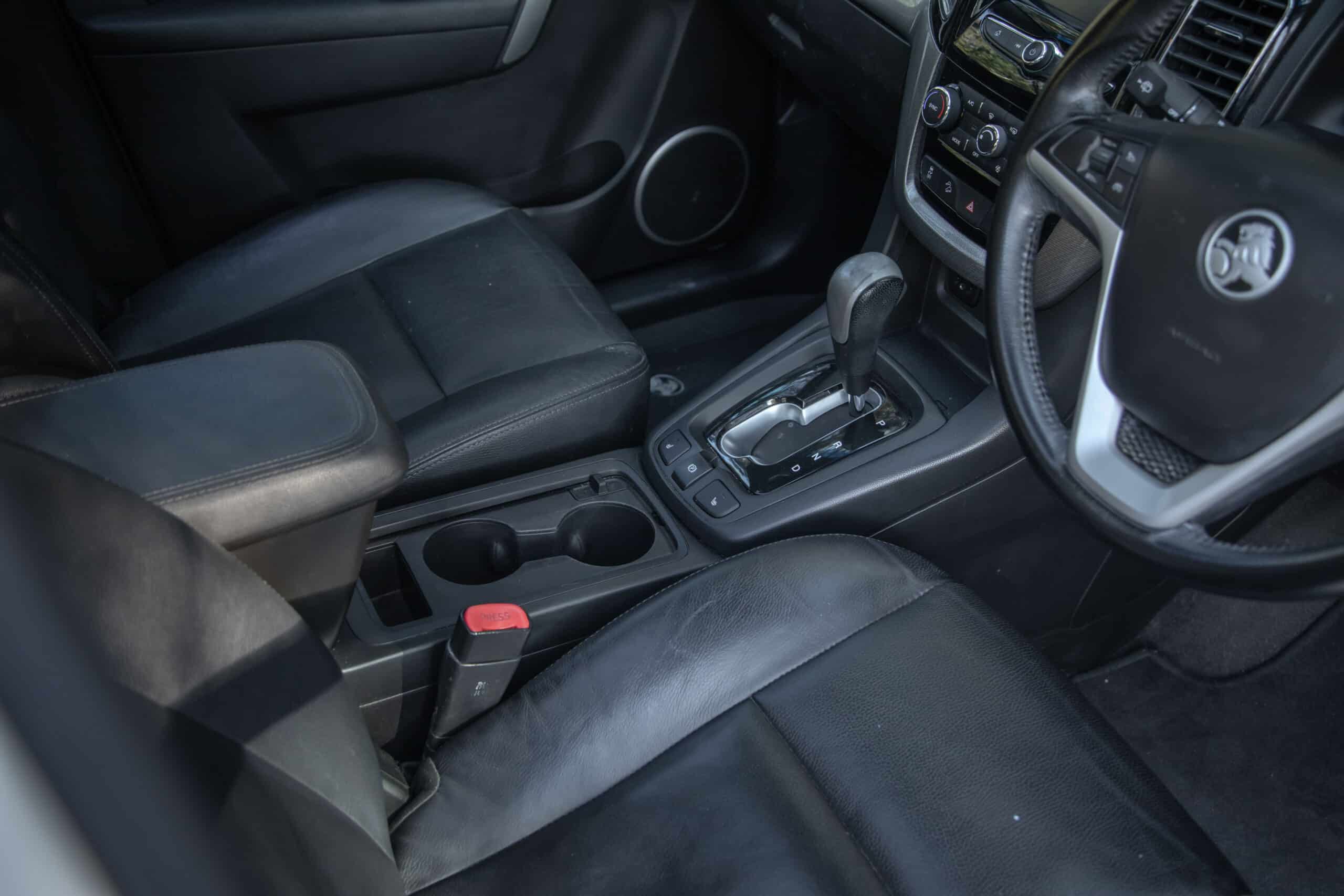 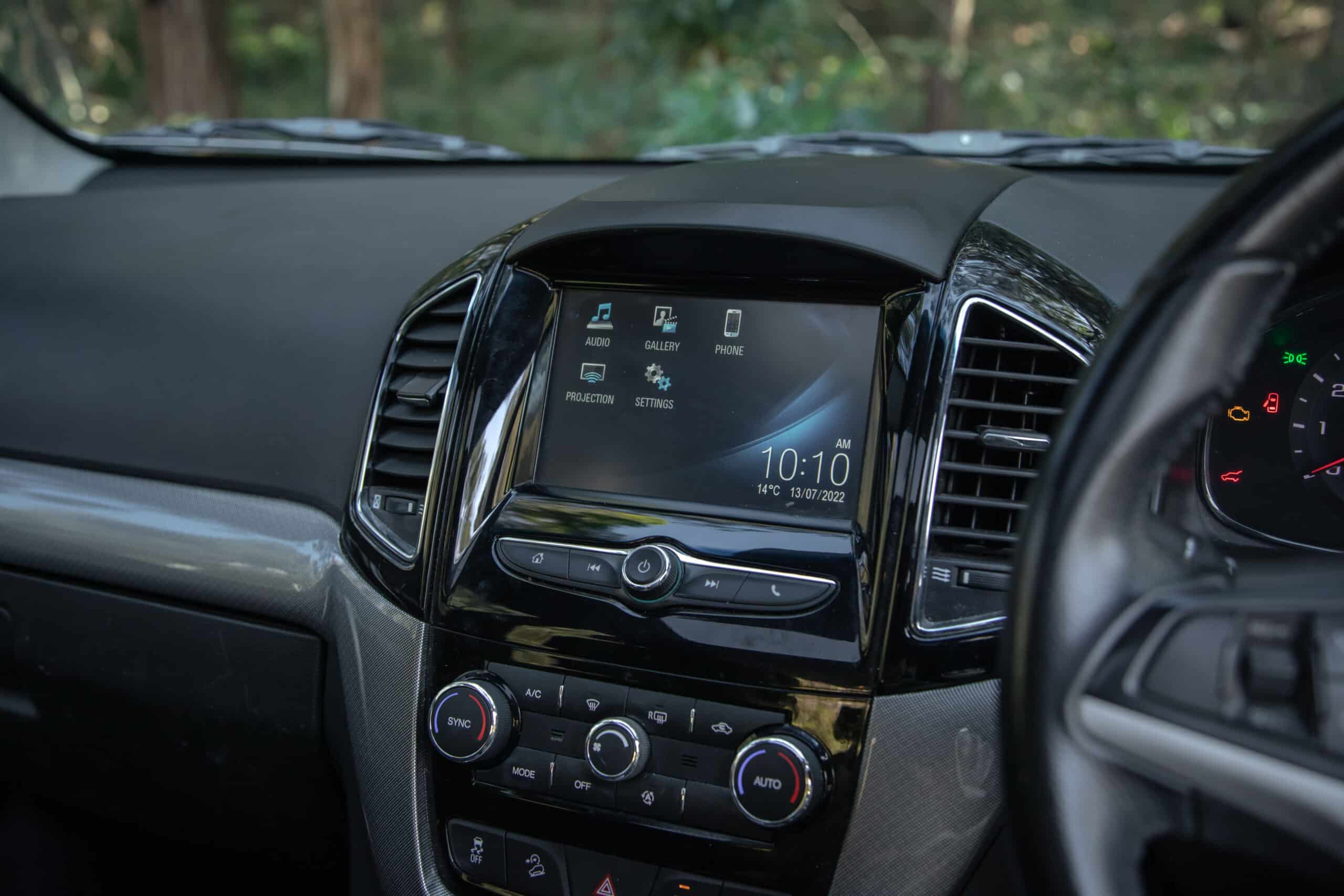 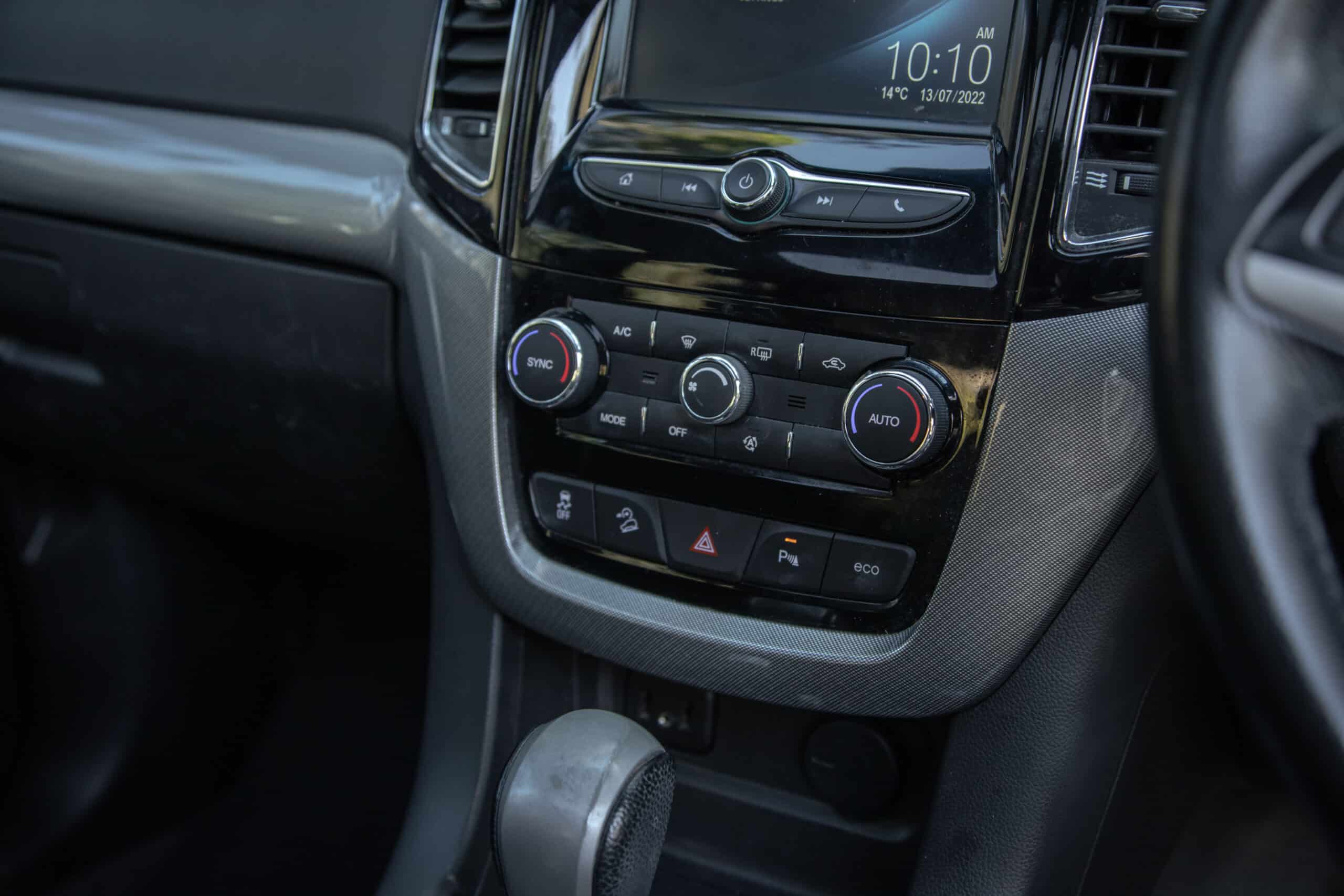 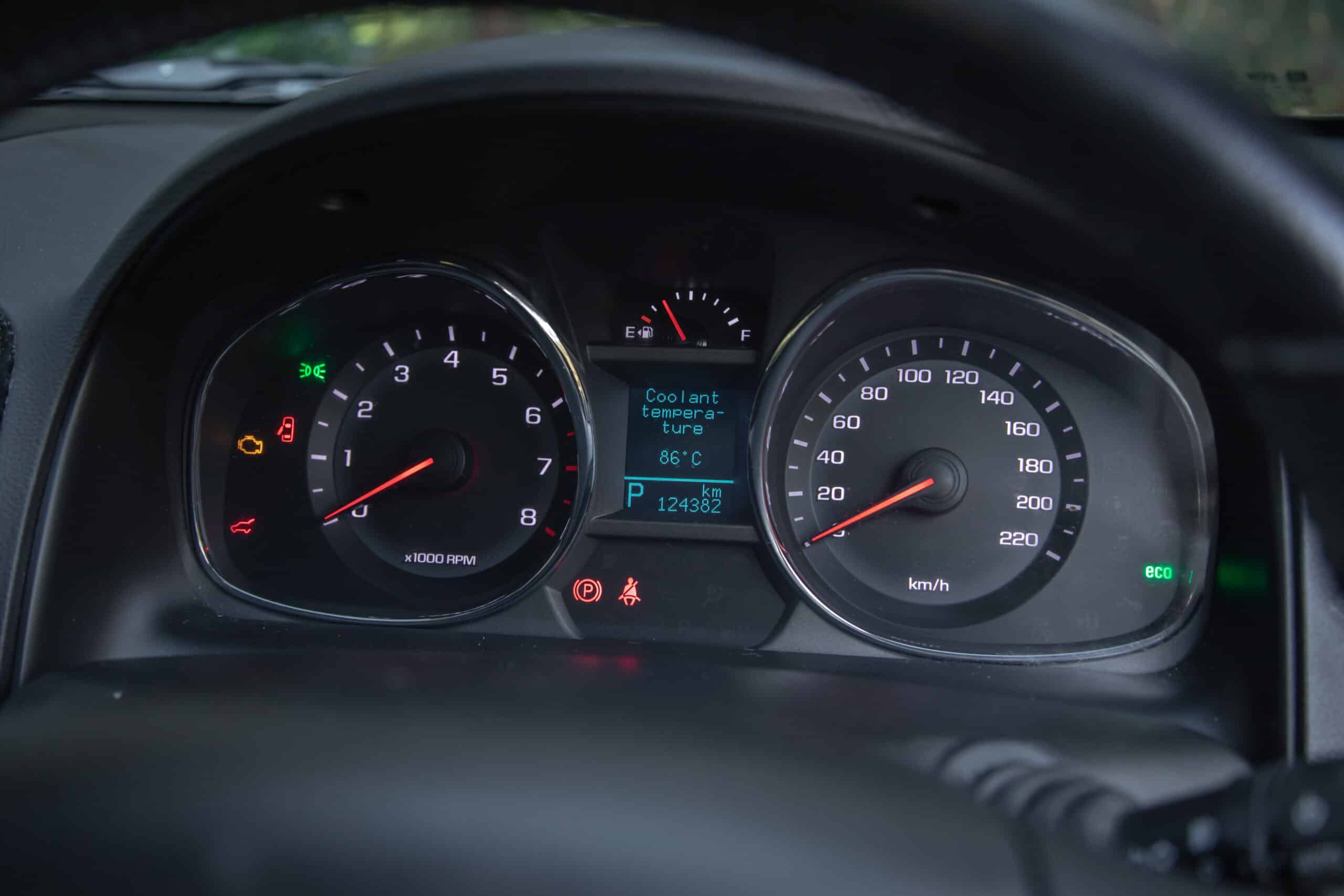 The Captiva mid-sized five- or seven-seater lobbed in the mid Noughties as Holden’s solution for a must-have large-ish SUV. It was GM/H response to Ford’s home-spun Territory and a replacement for the mixed-bag Commodore wagon-based Adventra and the imported Captiva couldn’t have more different in every way.

Its story is, erm, complicated. And can be a bit of a minefield for the casual used-tyre-kicker.

The Captiva was sourced from GM Korea, aka the former Daewoo. Well, both of them. See, the regular Captiva was a rebadged Chevrolet of the same model name, whereas the high-end Captiva MaXX version was instead based on an Opel Antara. Different vehicles, then, albeit with technical similarities in platform and with powertrains.

At its 2006 launch, there were three grades – SX, CX and LX – of regular Captiva, price between $36k and $42k. The Opel based (slightly shorter) MaXX range-topper was $43k. Despite the South Korean source, all version used an Aussie-made 169kW/297Nm 3.2 petrol V6 backed by a five-speed auto and on-demand all-wheel drive. To confuse matters (more), the SX and MaXX were five-seaters, the middle-rung variants offering seven…

For MY08, a 2.0-litre turbodiesel four outputting 110kW/320Nm lobbed and could had with a five- speed manual in base SX trim ($35k) as well as the staple automatic elsewhere in the range.

From mid-2008, you could also get the oiler SX in front-wheel drive. Right around here the Captiva story gets muddier. Holden axes the MaXX flagship, though it returns in spirit in late 2009 as the Captiva 5 (for five seats). And with the new name is fresh power by way of a new 103kW/220Nm 2.4-litre four-cylinder engine, with manual/auto and FWD/AWD options, kicking off as low as $28k.

From here, the ‘5’ sits along the renamed Captiva 7 (for…you get the idea) carrying over the petrol-V6 and diesel-four motivation as the higher-spec versions that nudge up to a $45k plateau. At least Holden kept the SX, CX and LX variant structure for familiar continuity.

Meanwhile, the now (77mm) longer Series II Captiva 7 could be had with a new, Aussie-made, Commodore-shared 3.0-litre petrol V6 good for 190kW/288Nm. You could also get the new 2.2 oiler in the ‘7’, with both engines backed by a six-speed auto and AWD.

Just to ensure everyone was paying attention, Holden went and adopted (mid-spec) LT and (flagship) LTZ naming in 2015 – both seven seaters – while the familiar LS could be had with five or (optional) seven pews.

Digging down into features and options throughout Captiva’s dozen-year lifecycle is too exhaustive for here. But in a nutshell, Holden’s large-ish family hauler never really hit critical heights in its segment and was renown, fairly or not, for patchy quality and questionable reliability.

Holden would axed the Captiva 5 in 2016, the nameplate living on for a couple of years – as just Captiva, no ‘7’ – until the then seven-seat-only model was replaced by Equinox in 2018.

Introduced in September 2006, the SX is the entry-level model of the range and available as part of the South Korean built/Captiva 7 model range. For the MY14 update, the SX had model had been renamed to LS.

Released in February 2015, the Captiva 7 Active limited edition model was based on the front-wheel drive LS model and powered by 2.4 litre 4-cylinder petrol engine.

The Active model featured additional comfort and luxury features on top of the LS model.

In addition to LS:

Introduced in September 2006, the CX model was the middle of the range and added features like curtain airbags and level-ride suspension.

From MY14 update, the CX model had been renamed to the LT.

In addition to SX:

From 2009 until 2013, the Captiva 5 model sat between the CX and LX. It was based on the slightly smaller Opel Antara variant.

The Captiva 5 offered largely the same features as the CX, with added features such as side fender vents, front and rear parking sensors and a 7-speaker sound system. The was incorporated into the conventional model layout as LT.

In addition to CX:

The LX is the top-of-the-range model in the Captiva range and added a variety of comfort and luxury features on top of the CX model.

For the MY14 update, the LX model was renamed to LTZ.

In addition to CX:

The LX 60th Anniversary Edition was released in May 2008, and was a limited edition model which added features such as a electrochromatic rear vision mirror, 7-inch in-dash display with DVD player, reversing camera, and a leather wrapped gear shifter.

In addition to LX:

The Maxx was the top of the range model for the Opel Antara variant from 2006-08.

In addition to LX:

Yes on paper they offer a lot of equipment and features and when compared to their rivals, they seem to offer excellent value for money but the problem is, excluding maybe a couple of dozen unicorn examples out there, the Captiva is just a bad car.

Even the unicorn examples are average at best and there are just so many other better options, like public transport, walking or being shot out of a cannon.

Please do not buy a Captiva, they’re terrible and only getting worse.