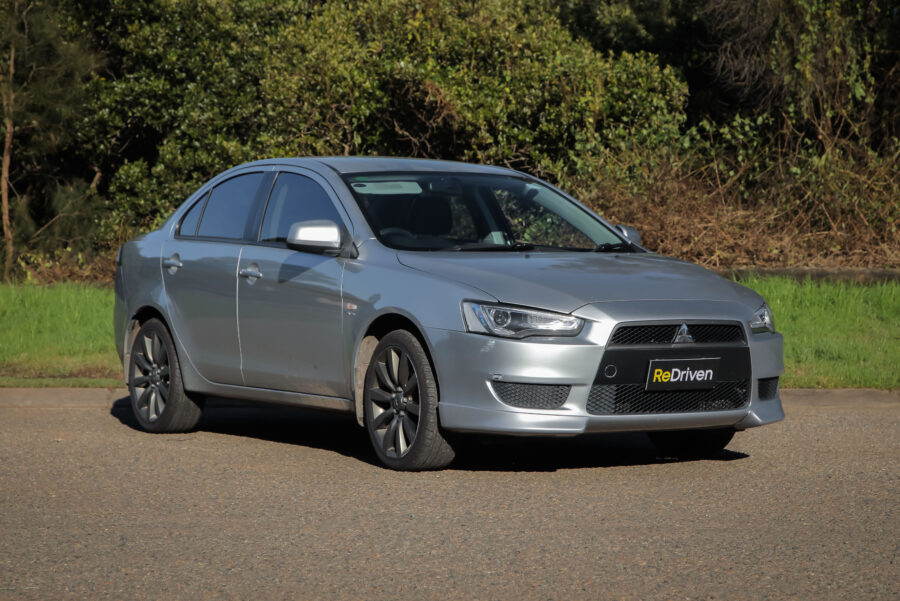 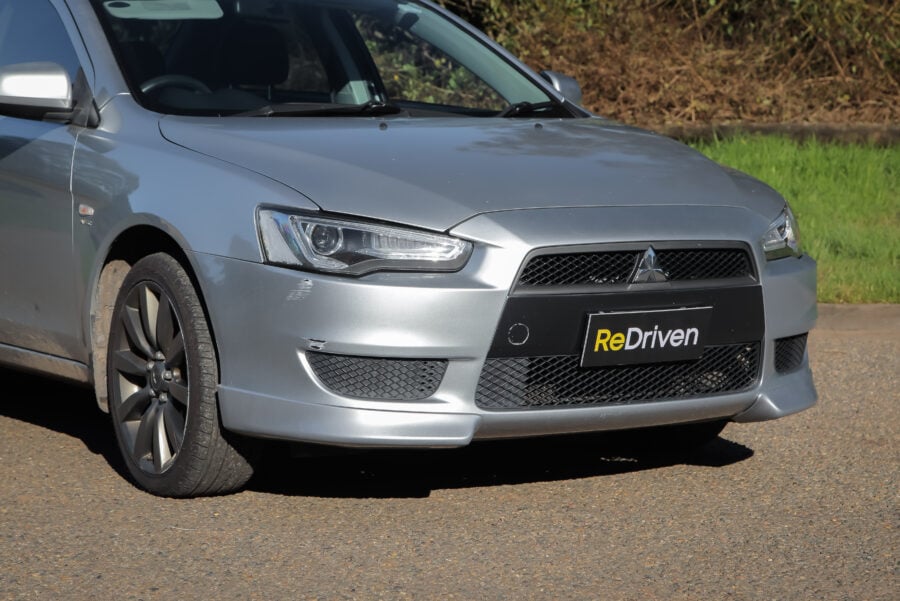 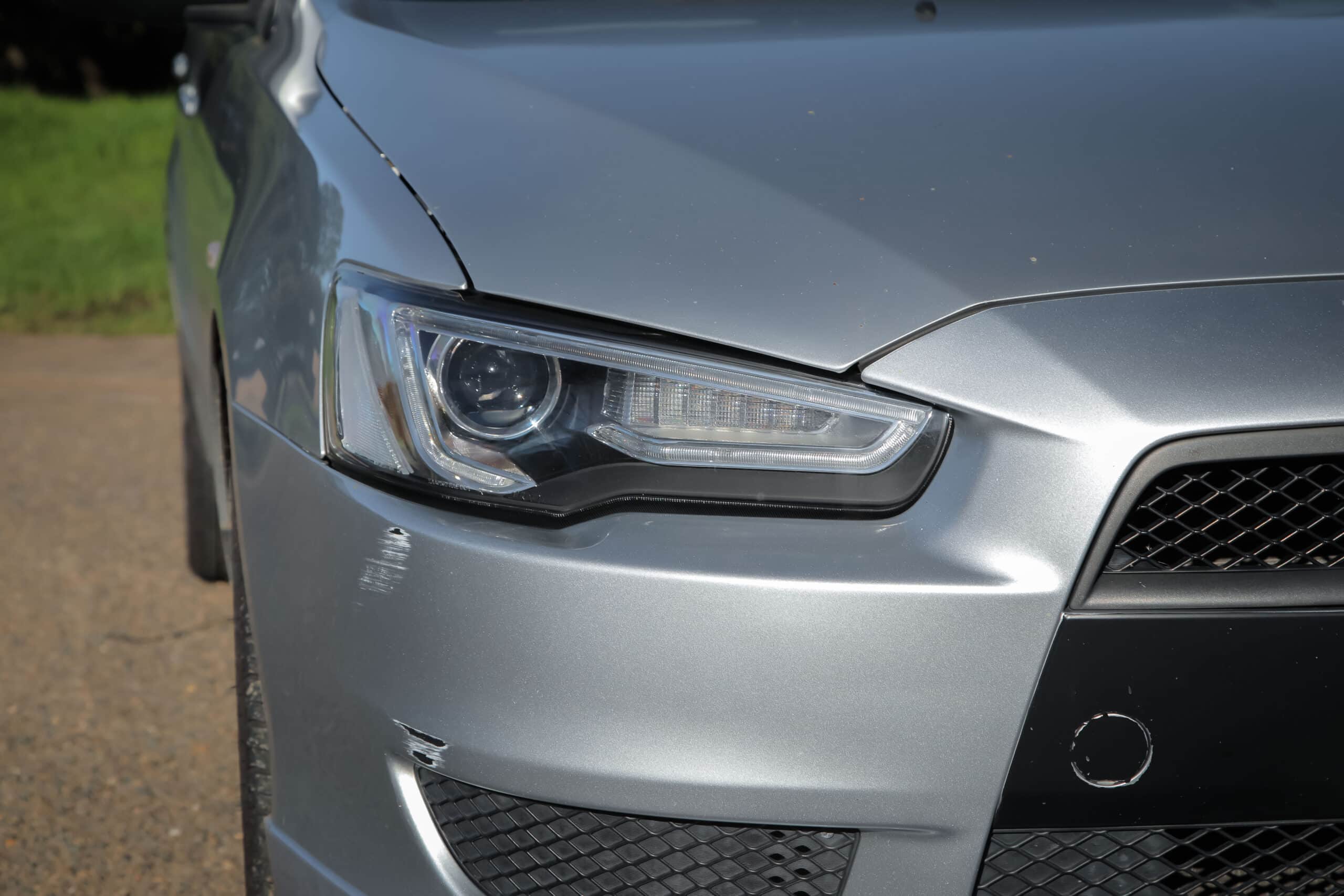 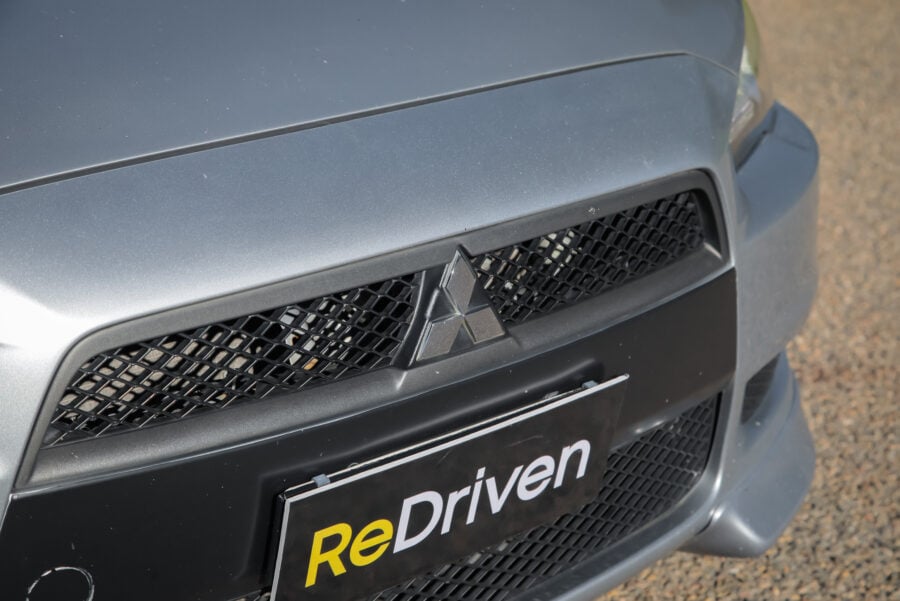 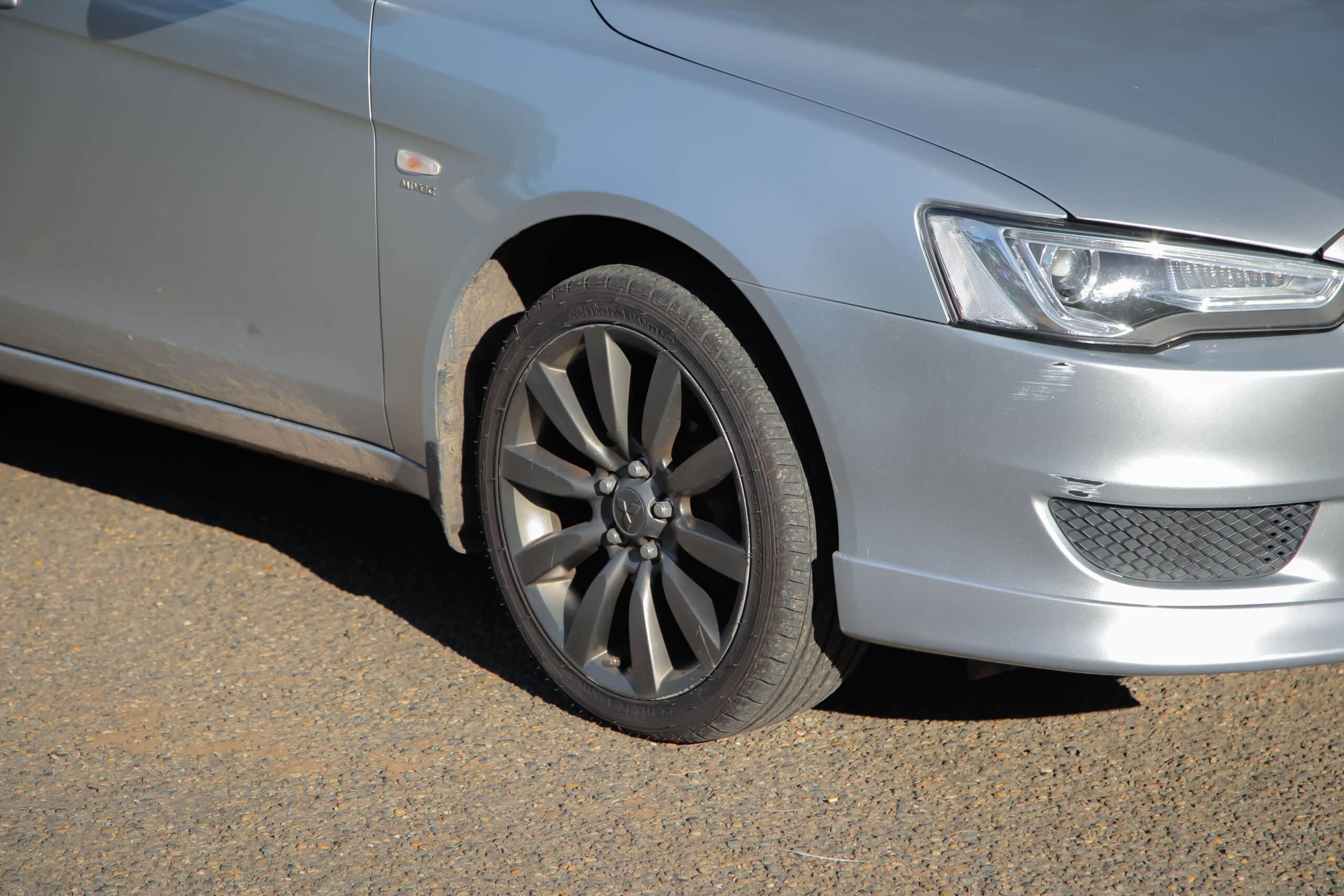 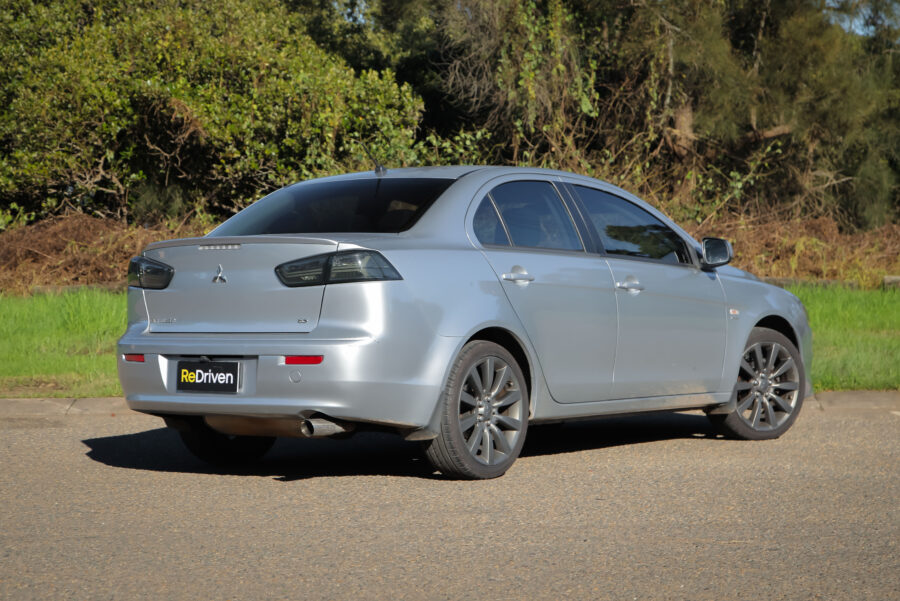 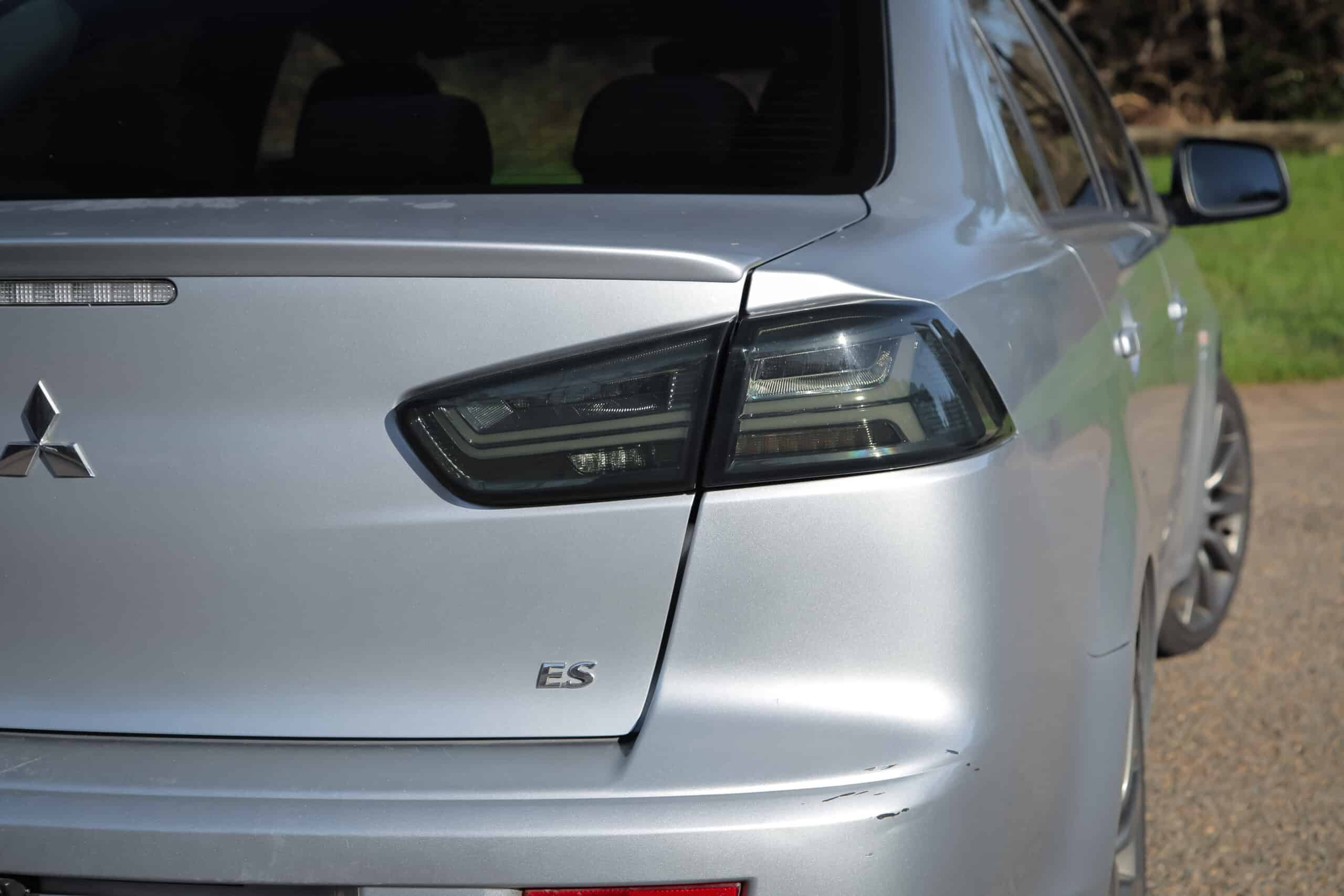 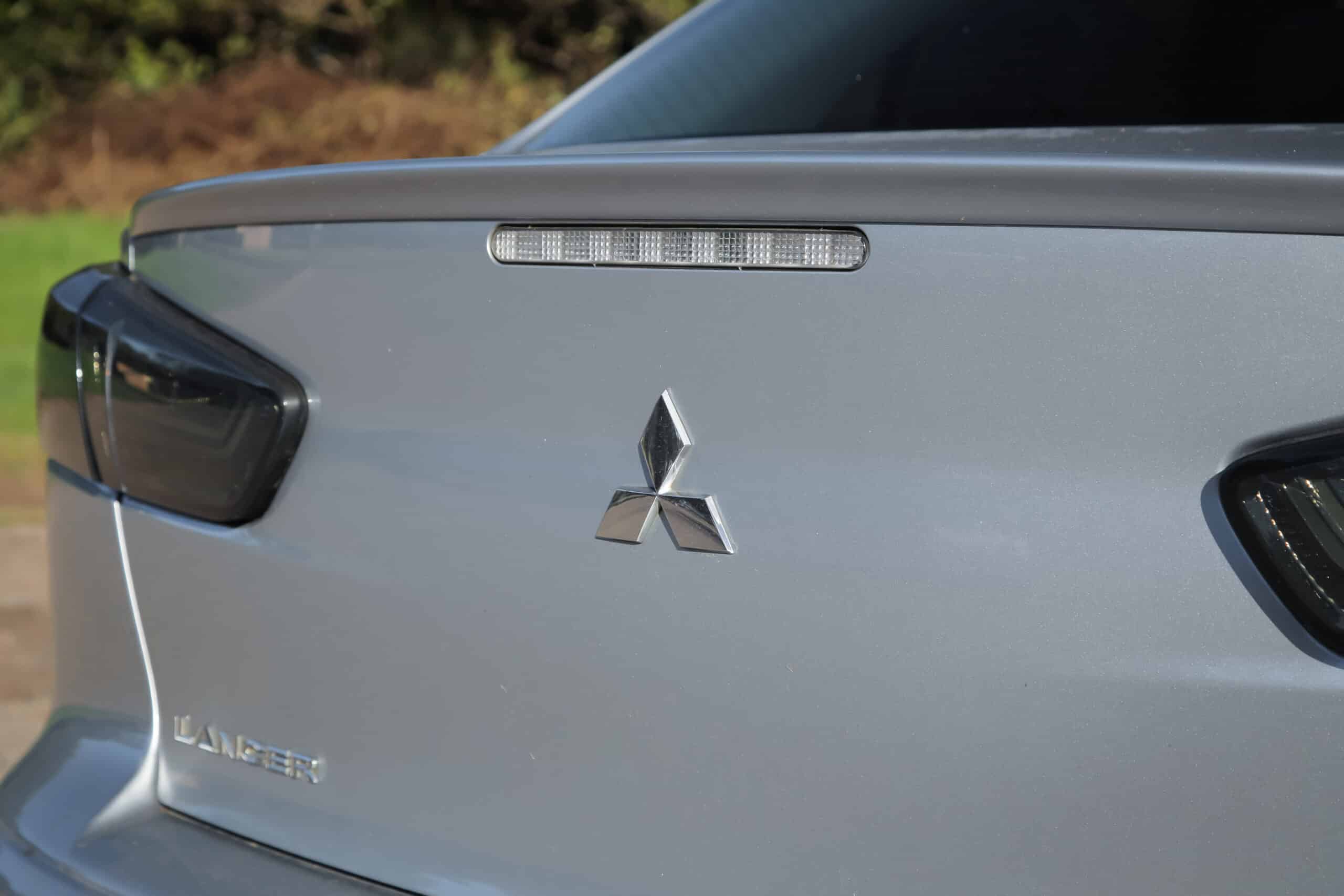 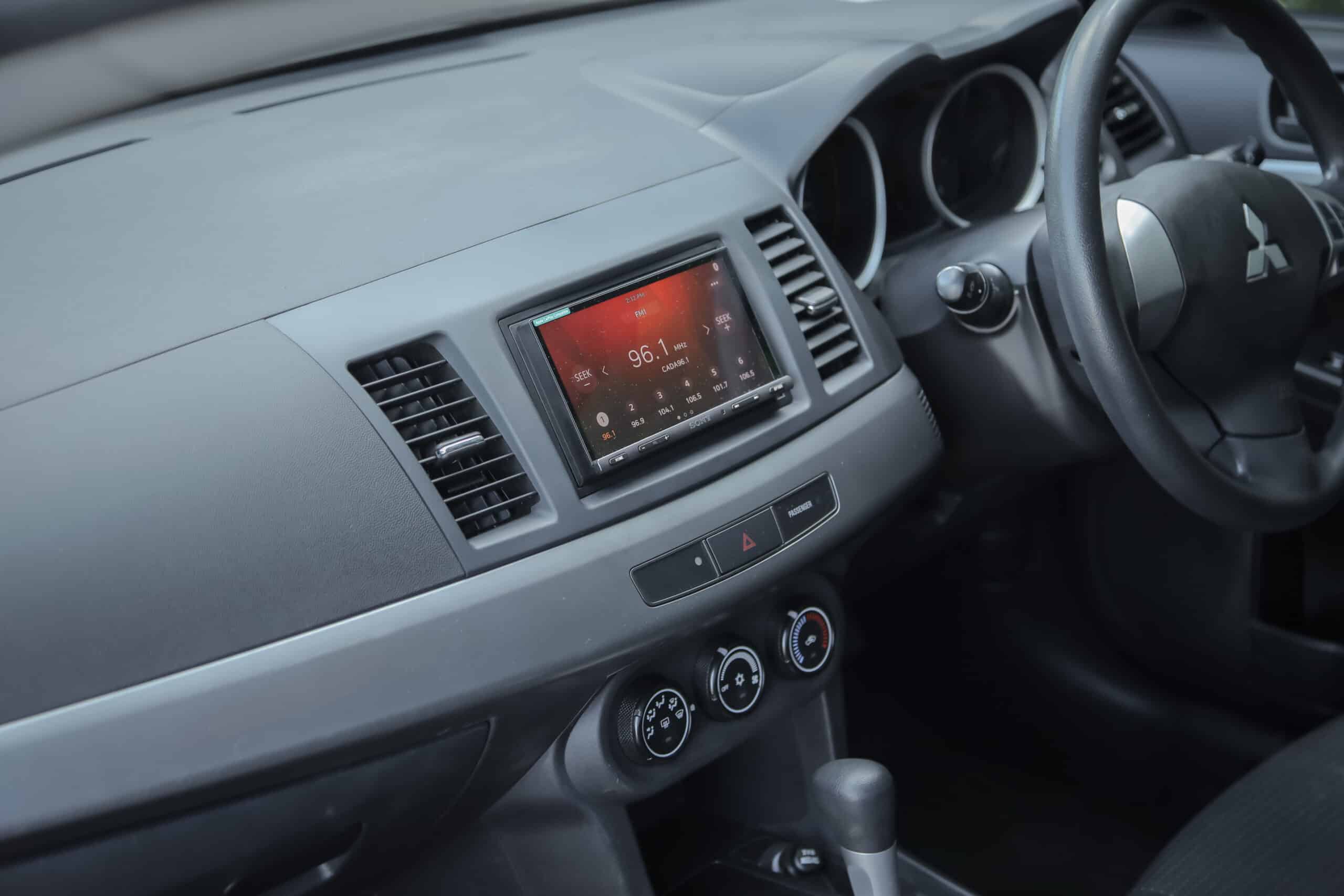 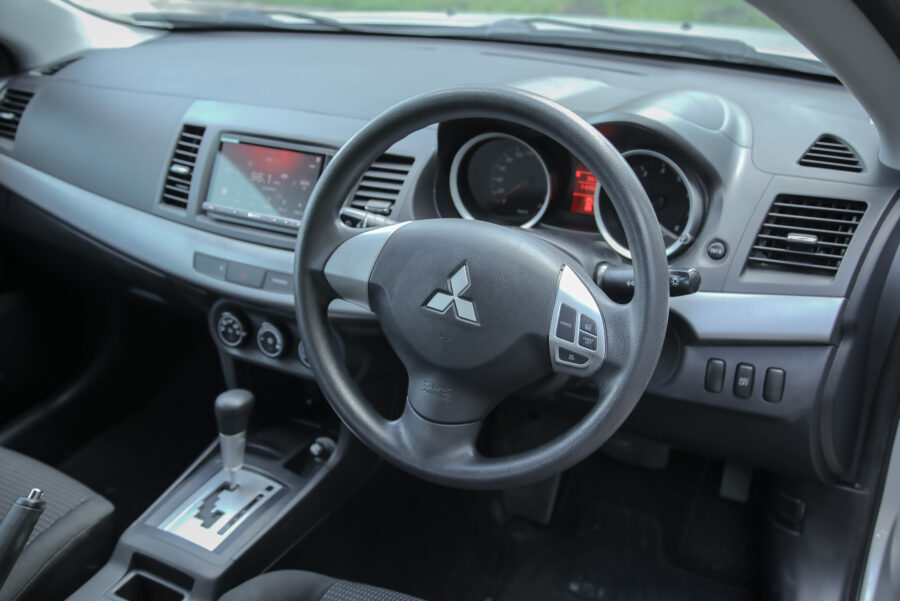 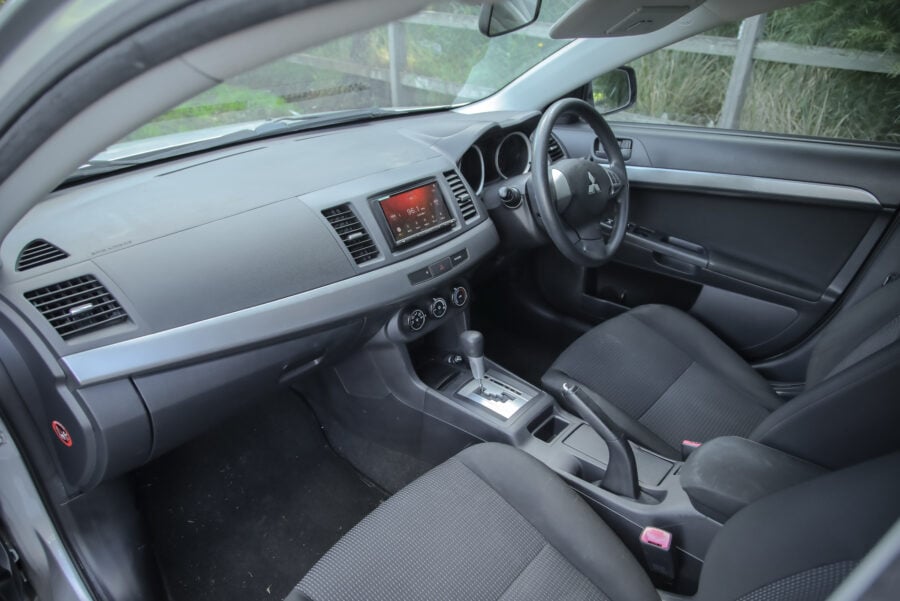 The Lancer nameplate has been on – and off – the Aussie landscape since the early 1980s, with some early examples having now traded hands in the used market with long and patchy providence. It’s renowned as one of the most archetypal of affordable grocery getters and for good reasons: they’re generally cheap and, being fairly well-built with Japanese origins, deserve their reputation for reliability.

The ninth generation, or CJ, was the last. At least for most markets such as Australia (Lancer lives on in some questionable form in Asia). It arrived in 2007 and formally exited in 2017. According to one popular general knowledge website, Mitsubishi Australia stockpiled as many as it could get right before the death knell, that coincidentally marked the passing of the much-loved Evo performance cult car.

As a surrogate replacement for the defunct 380 and, to an extent, Magna, it was important car and it sold a bucketload, at times in the top ten by volume in Oz. Today, the ‘boxiest’ Lancer ever is ripe for used picking, still fairly fresh and somewhat contemporary, still priced nicely for value in dependability.

The mainstream versions stuck true to a time-honoured formula: four or five doors, front drive, equipped to pander to needs more than wants and sized generously enough to double duty as a small family hauler. The CJ, for its part, is longer, wider and a fair bit roomier than its forebear, with a bit more semi-Euro flair in styling for what was once one of motoring’s blandest designs.

The cheapy ES did bring mod cons such as air-con, a CD player, cruise control and power windows, while the step up to VR added a CD stacker, climate control, alloy wheels and auto wipers and headlights. The VR-X plies 18s, sports seats and bodykit, Bluetooth and high-end audio.

Power throughout the range comes from a tried-and-true ‘4B11’ 2.0-litre naturally aspirated four with a decent 113kW and 198Nm that runs on cheap 91RON with pleasing mid-seven-claimed fuel economy. Worth a mention is that the manuals are quite a bit quicker in performance than the CVTs.

Sedan lobbed first with Sportback hatches arriving in 2008 and before long Activ, Aspire, RX, SX versions and even sticker packs such as the Olympic Edition (of that year) would surface.

Of course, the halo variants were the turbocharged, all-wheel-driven Evolution models, offered in five-speed manual or six-speed dual-clutch forms in regular or MR trim levels, priced between $60k and just over $72k.

The Evo X deserves its own long-form overview, the 217kW/366Nm sedan-only breed the last of a long line of rally-bred head-kickers if without quite the mojo, or the cred with diehards, that its predecessors had and continue to enjoy.

Sat between the Evos and the bread and butter was the Ralliart, available from MY09 in sedan or hatch body styles, its 177kW and 343Nm turbo four with DCT and AWD offering spirited, WRX-rivalling performance for a palatable $43k price.

More choice? Again for MY09, the top end of the range – VR-X and new flagship Aspire ($35k) – was offered with a larger-capacity 2.4-litre naturally aspirated four good for 125kW and 226Nm. Both grades bring high levels of equipment though the Aspire’s extra $1700 ask brought leather trim and other goodies. That said, reversing cameras and sat-nav didn’t make appearances in the CJ Lancer until 2012 and 2013 respectively.

A good five-year warranty and solid five-star ANCAP safety rating ensure Lancer remains popular while the nameplates lobbed – such as GSR – and left. Specs and equipment were constantly changed and updated as the CJ mature and its fast-aging underpinnings soldiered on.

So while the late-gen stuff struggled to stack up new close to its 2017 demise, there’s a vast choice of CJ Lancer options on the used market. And the naturally aspirated stuff, in particularly, represents uncomplicated, reliable and sound motoring as used propositions today.

Launched in October 2007, the CJ Lancer ES model was the base model of the Lancer range featuring a 2.0 litre 4-cylinder engine mated to either a 5-speed manual or 6-speed CVT.

The ES model received several updates throughout the model’s life adding additional airbags in January 2010 and upgrading its’ safety rating from four to five stars, as well as electric power steering in October 2011 and then 16-inch alloys, LINK audio system, keyless entry and new seat fabrics in August 2013.

The ES model was replaced in April 2014 by the ES Sport model.

The ES Sport model debuted in April 2014 and replaced the ES as the base model.

The Platinum model (not to be confused with the VR Platinum Edition) was released in January 2012 as a limited-run model.

It was based on the ES base model and added several cosmetic and comfort features such as: alloy wheels, chrome exhaust tips, reversing camera, leather upholstery, heated front seats, steering wheel audio controls and bluetooth connectivity.

The Activ model was a limited-run model released in March 2010 and then in April 2012.

The RX model was a limited-run edition released in March 2010 with cosmetic features.

The LS Sport was released as part of the April 2014 update, and built on the ES Sport by adding paddle shifters (CVT only), reversing camera, 6.1-inch infotainment display, leather upholstery, electric driver’s seat and an electrochromatic rear view mirror.

In addition to the ES Sport:

The GSR was the only model made available as part of the April 2014 facelift/updates for the Sportback model.

GSR models were also fitted with hydraulic power-assisted steering (as opposed to electric power steering) for a sportier/direct feel.

In addition to the ES Sport:

The SX is the second model up from the ES, introduced in 2010 and added 16-inch alloy wheels, rear spoiler, leather-wrapped steering wheel and handbrake lever and steering wheel audio controls. The model was phased out in 2011.

The LX was introduced in 2012 and ran until 2014 and replaced the VR model. It added additional comfort features.

The VR model added additional styling features, convenience and comfort features to the SX model. The VR model was discontinued August 2012 along with the Aspire model.

In addition to the SX:

In addition to the SX:

Introduced in April 2014, the XLS became the top-of-the-range model of the Lancer sedan range, and added 18-inch alloy wheels, sports suspension, automatic headlights and a host of additional luxury and comfort features.

In addition to the LS:

In January 2009, a limited-run Platinium edition was released and based on the VR model and added features such as a chrome grille, steering wheel audio controls, 7-inch touchscreen with Mitsubishi’s Multi Communication System (MMCS) and a 9-speaker Rockford Fosgate sound system.

The key highlight was a 2.4 litre 4-cylinder engine with more power and torque, mated to a 5-speed manual or 6-speed CVT transmission.

The Olympic Special model was a limited-run model launched in April 2008, and was based on the VR-X model but with a 2.0-litre engine.

In addition to the VR-X:

The Aspire was the top-of-the range model launched in 2008 and featured additional luxury and comfort features such as HID headlights, woodgrain interior trim, leather seats and a 9-speaker Rockford Fosgate sound system.

The Aspire was discontinued in 2012 as the Lancer model range was reduced. It was replaced with the LX model.

The CJ Lancer Ralliart was introduced in September 2008, and made available in either a sedan or sportsback (hatch) body.

Sporting a 2.0 litre 4-cylinder turbocharged engine, which was mated to a 6-speed semi-automatic transmission, the Ralliart is sports model of the range, one step below the Lancer Evo models.

In addition to mechanical upgrades compared to the other Lancer models, the Ralliart also featured luxury and comfort features such as climate control, rain sensing wipers, in updated models a 9-speaker Rockford Fosgate sound system.

In addition to the VR-X

With so many different models and varieties available, buying one really does depend on the specific example you’re looking at.

We’d obviously avoid any Lancers with a sketchy history or showing huge kilometres, as with so many examples populating the used market, a perfectly serviced and low kilometre example will be just around the corner and will be worth every cent of the few extra dollars it’ll be asking.

There really is a Lancer to suit nearly everyone’s budget and requirements and yes, ignoring the Ralliart and Evo models, it is a bit of a boring and bland thing, and yes you should probably buy a Corolla, Hyundai i30 or Mazda 3 instead, but find a good one and it’s a tentative yes from us, they can be a solid no nonsense nugget of a car.

But before you hand over your cash, make sure you get it to a qualified mechanic and have a full pre-purchase inspection carried out as the build quality between examples can vary, let alone what any previous owners may have subjected them to.