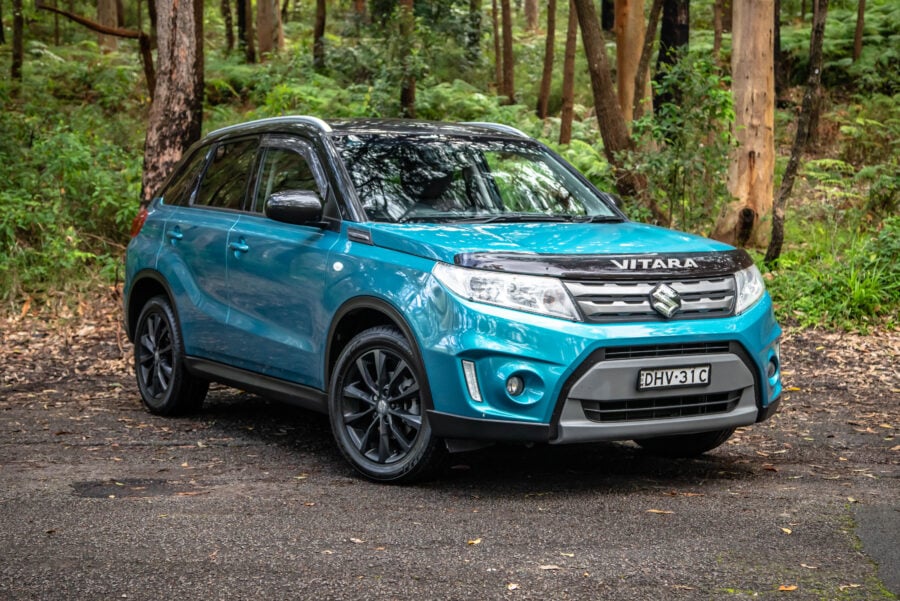 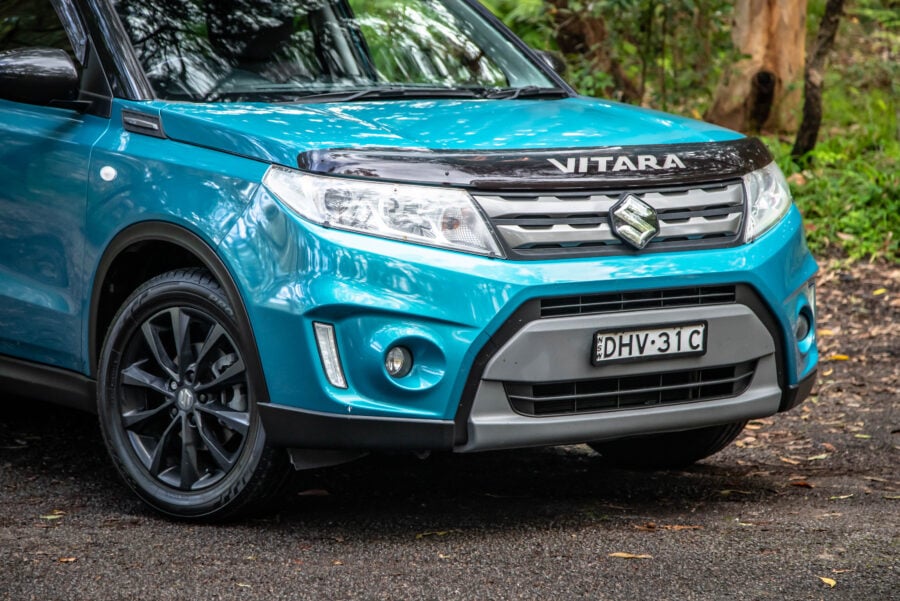 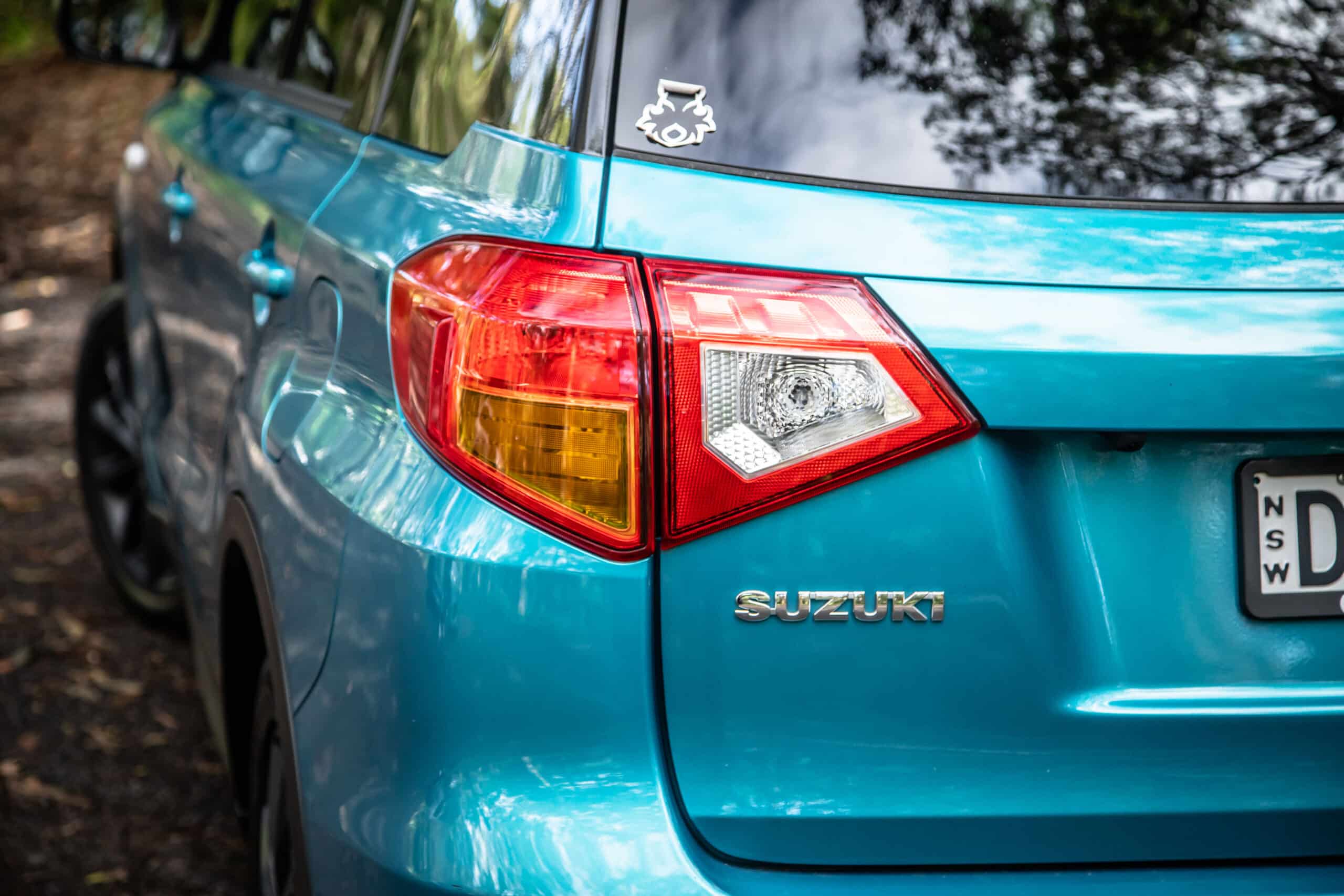 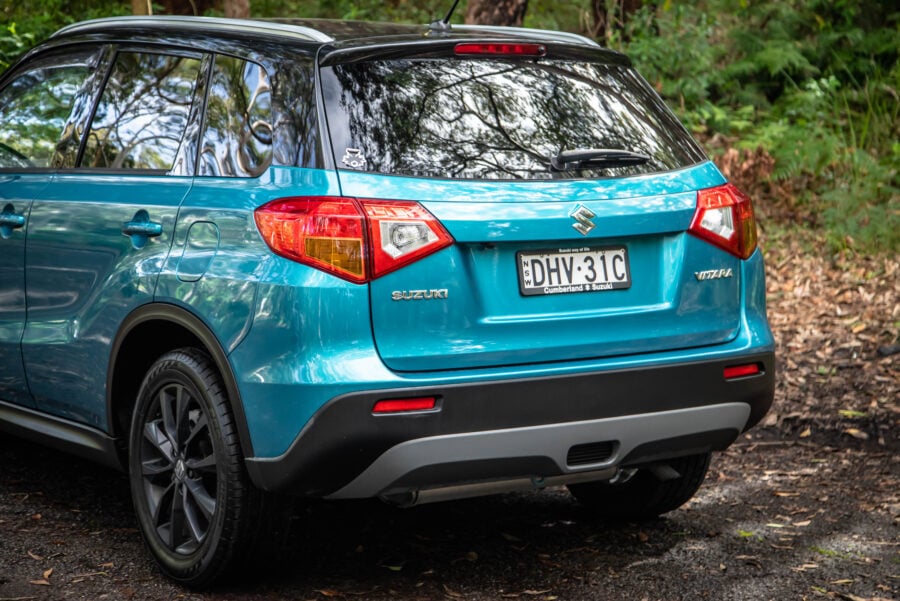 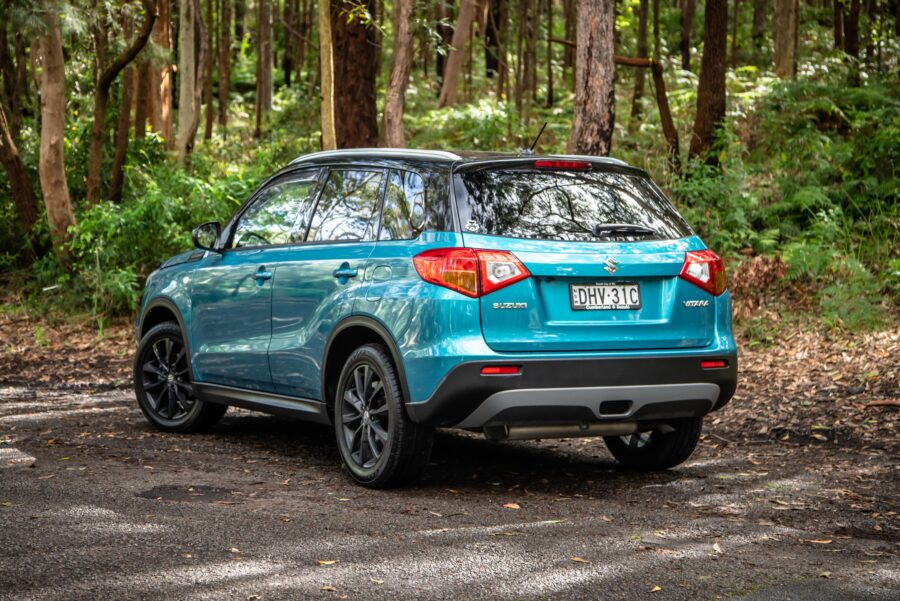 Those of us old enough (hi there) will remember when Suzuki’s first-generation Vitara was a fresh and quirky compact 4×4 in the 1990s. Ahead of its time, perhaps. Maybe too much. Because in 1998, the Vitara nameplate disappeared from Aussie showrooms and wouldn’t resurface until 17 years later.

After skipping gens two and three, the fourth-generation ‘LY Series’ rebooted the Vitara nameplate locally in 2015. And it arrived, fashionably late, as a response to popularity of small SUVs that had been gaining momentum for some time.

In new Vitara, Suzuki did as many carmakers had done, essentially re-bodying a hatchback model into a high-riding, style-driven crossover more as an urban lifestyle proposition than, well, the more dedicated 4×4 the Vitara once was (and the Jimny now is).

Tall, narrow and flaunting modern style, the gen-three Vitara is compact enough for the thick of the urban jungle yet roomy enough for younger, less-family oriented buyers it’s aimed at. It’s just large enough to function as a kid-hauling SUV, at a pinch.

The range entered with the front-drive RT-S in five-speed manual ($22k) or six-speed auto ($24k), which offered niceties such as 17-inch alloys, sat-nav, a reversing camera and cruise control for very little dough (similar dough to what they’re priced used now).

Four-wheel drive? You needed to stump for the full-fruit GLX ($33k), with semi-suede trim, semi- LED lighting, parking sensors and panoramic glass roof and the like. Its 4×4 system is on- demand.

The letdown was the engine. Any version you chose, naturally aspirated 1.6L petrol was your power. And at 86kW (with just 156Nm), there wasn’t much of it…initially, at least. Six months in, for 2016, Suzuki lobbed the Vitara S Turbo, fitting a ‘Boosterjet’ forced 1.4L petrol good for more respectable 103kW and 220Nm and backed solely by an auto. But you needed $29k for the front driver and $33k for all-paw drive.

A 1.6L turbodiesel with dual-clutch auto, good for 88kW and 320Nm, was now available in RT-X trim as a flagship, lifting the outlay to $36k. Meanwhile, the wheezy N/A engine remained in the cheap variants.

The Series II ‘wide-grille’ facelift lobbed in late 2018 (for MY19), minting the styling that remains on sale today. It ditched the diesel, leaving the big-selling 1.6 entry version, a mid-grade Turbo (FWD) and top-spec Turbo Allgrip (AWD), with pricing more or less carried over.

The revised version wasn’t much more upmarket or offered any more room – bootspace is 375 litres – and underbonnet outputs remained unchanged for its two petrol engines. New for breed, though, was Apple CarPlay and Android Auto mirroring.

The fourth-gen Vitara survives to this day in the same three-variant line-up, priced between $27k for the entry 1.6 and $38k for the top dog Turbo Allgrip.

The base RT-S introduced in 2015 was available with a 1.6 litre 4-cylinder engine mated to either a 5-speed manual or 6-speed automatic transmission sent via the front wheels.

The RT-S model was phased out in favour of just the no badge “”Vitara”” model for the Series II update.

The Vitara model replaced the RT-S model as part of the Series II facelift introduced in 2018.

The 30th Year Anniversary Edition was a limited edition model of the Vitara and was limited to 350 units.

It was launched to commemorate 30 years of the Suzuki Vitara nameplate.

The RT-X was phased out gradually with the introduction of the S Turbo model.

The S Turbo model was introduced with a 1.4 litre turbocharged 4-cylinder model.

The S Turbo was phased out in 2018, and replaced with the “Turbo” model for the Series II facelift.

With the introduction of the Series II model in 2018, the Turbo model was introduced to replace the S Turbo model.

The Turbo model was only available in front-wheel drive, with the Turbo AllGrip offering the all-wheel-drive option for buyers.

The Turbo AllGrip was introduced with the Series II facelift and added all-wheel-drive, as well as hill decent control and a panoramic sunroof.

Should you buy one?

Well we’ve always thought Suzuki is one of the most underrated car companies out there and the Vitara supports that opinion, this thing, bloody good.

For a no nonsense, practical, well equipped, safe and efficient little nugget of an SUV that is also great to drive, offers excellent value for money and is proving so far to be reliable, the Vitara is a winner.