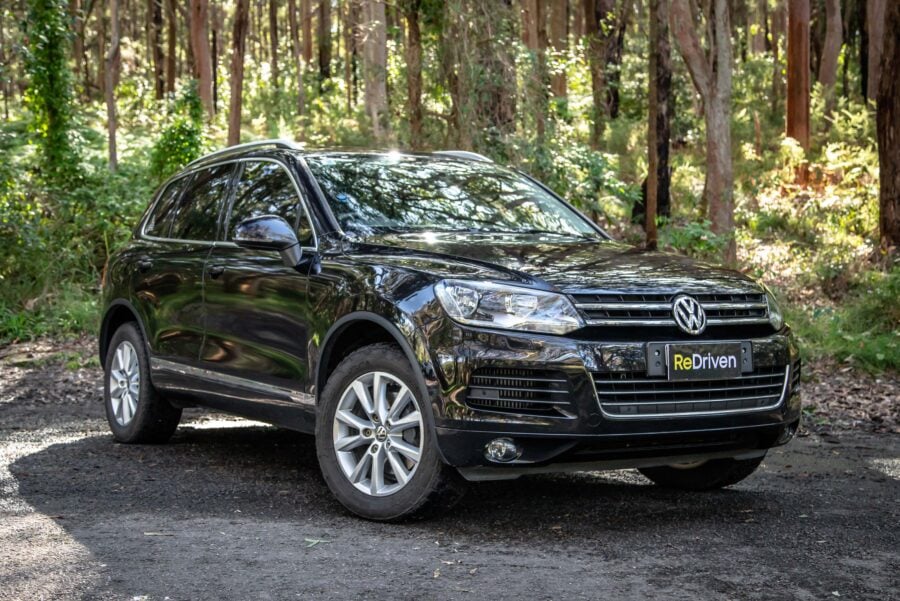 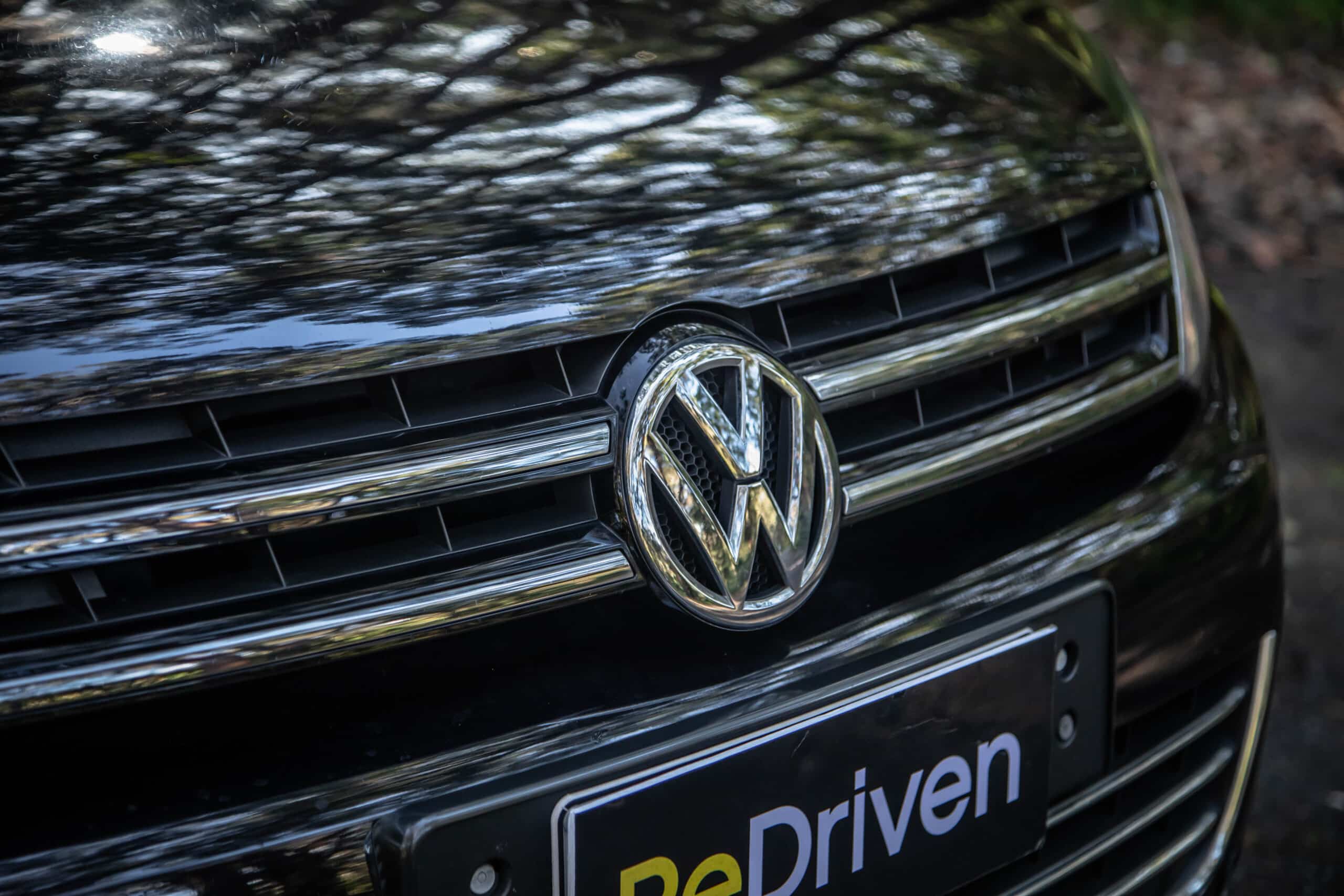 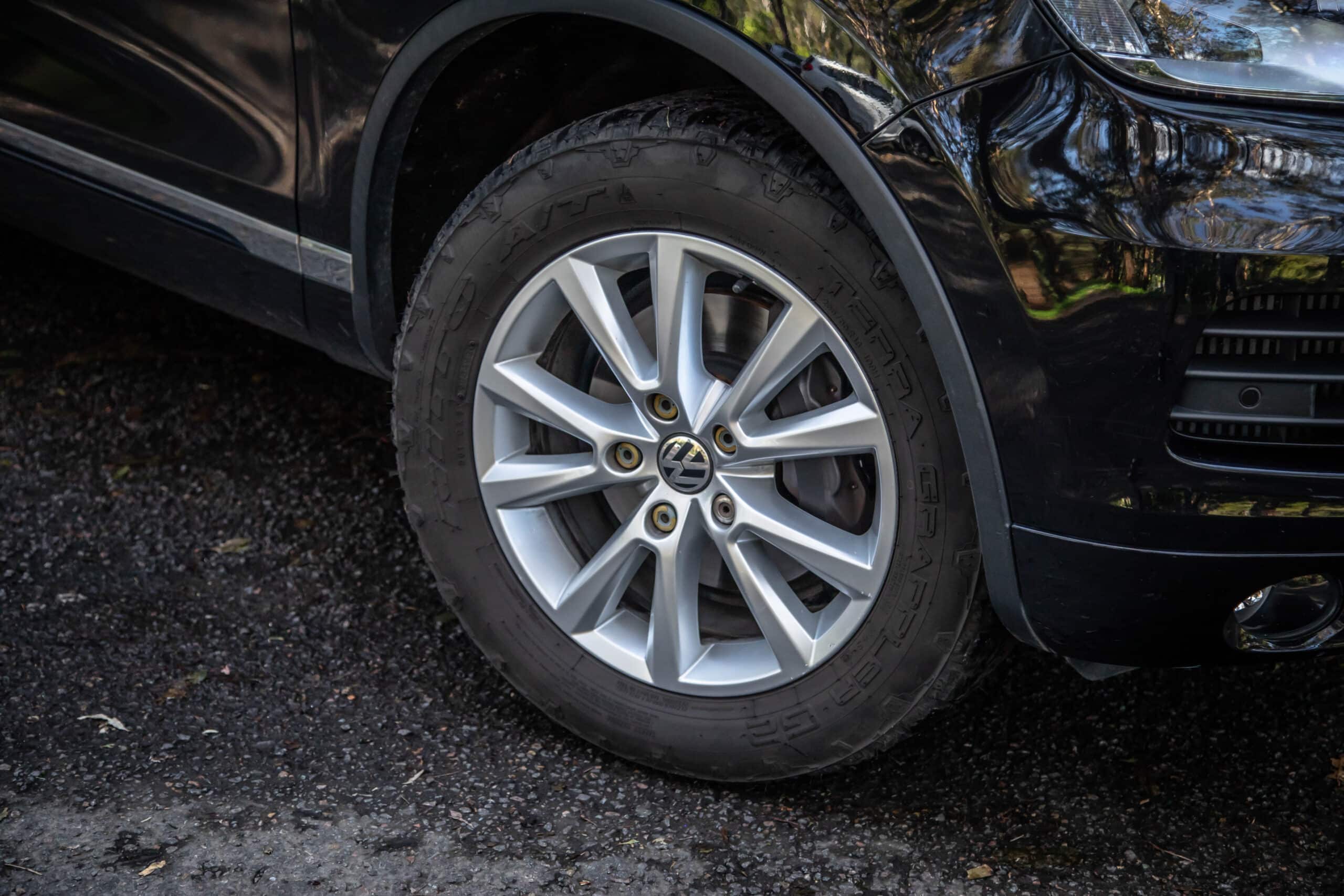 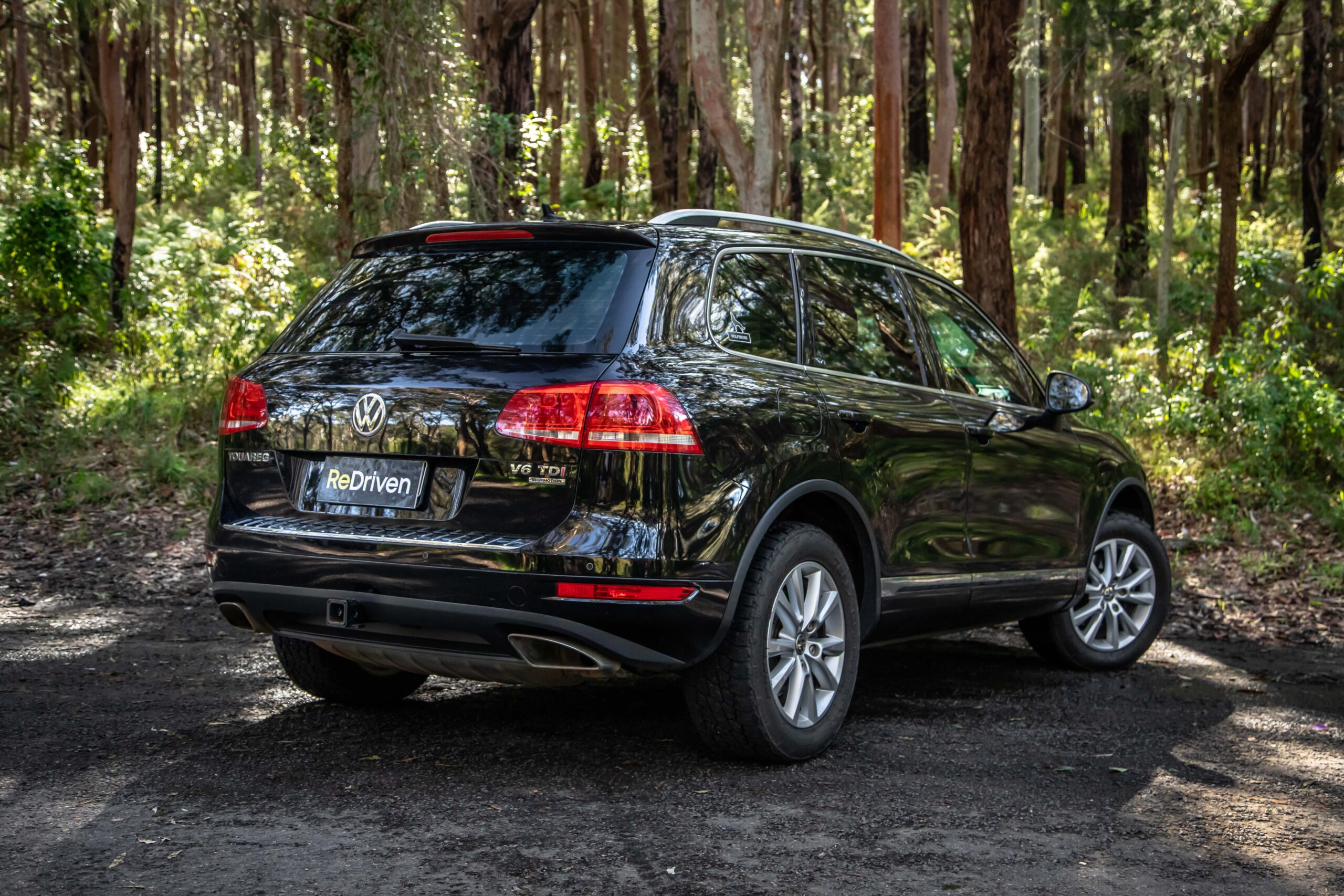 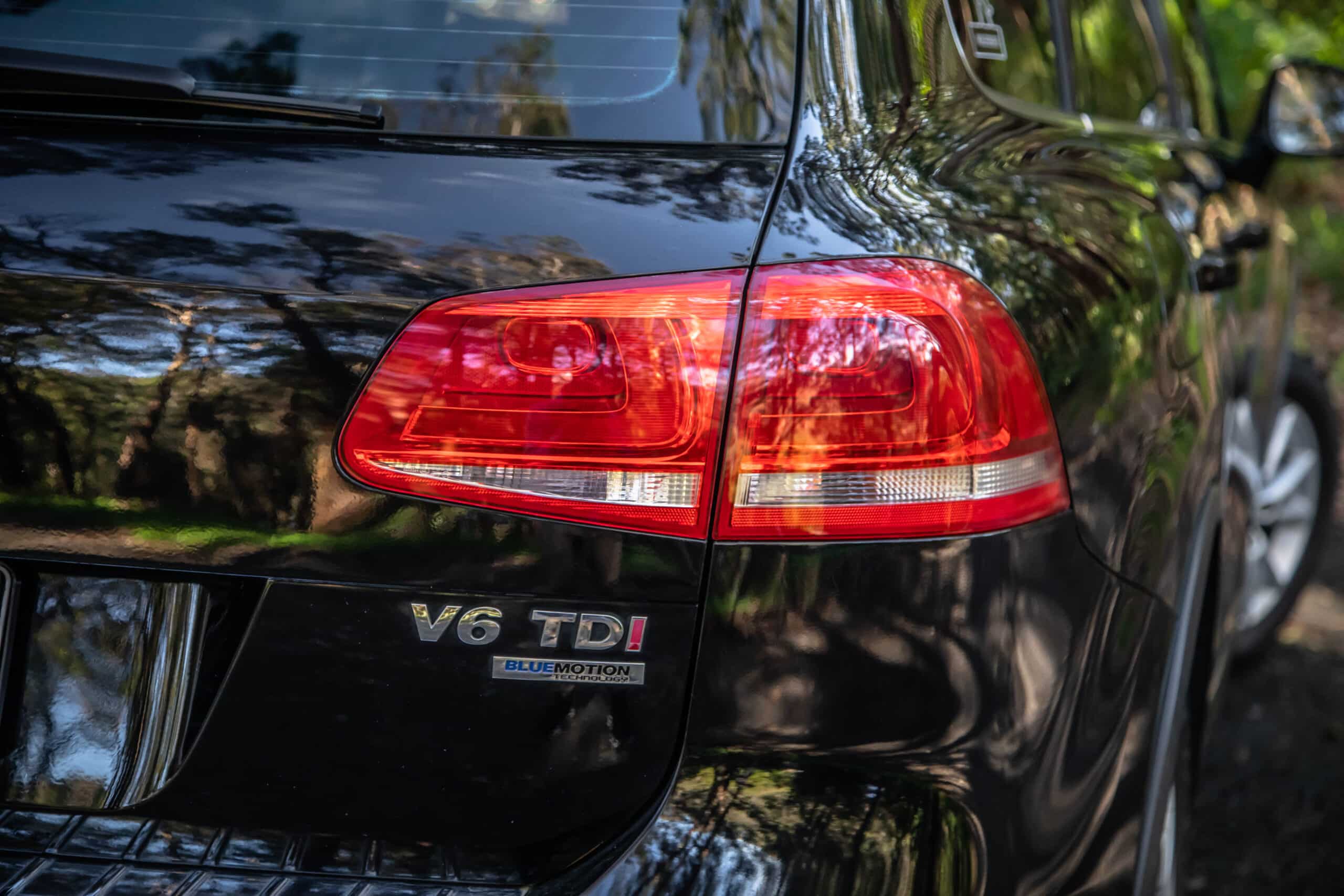 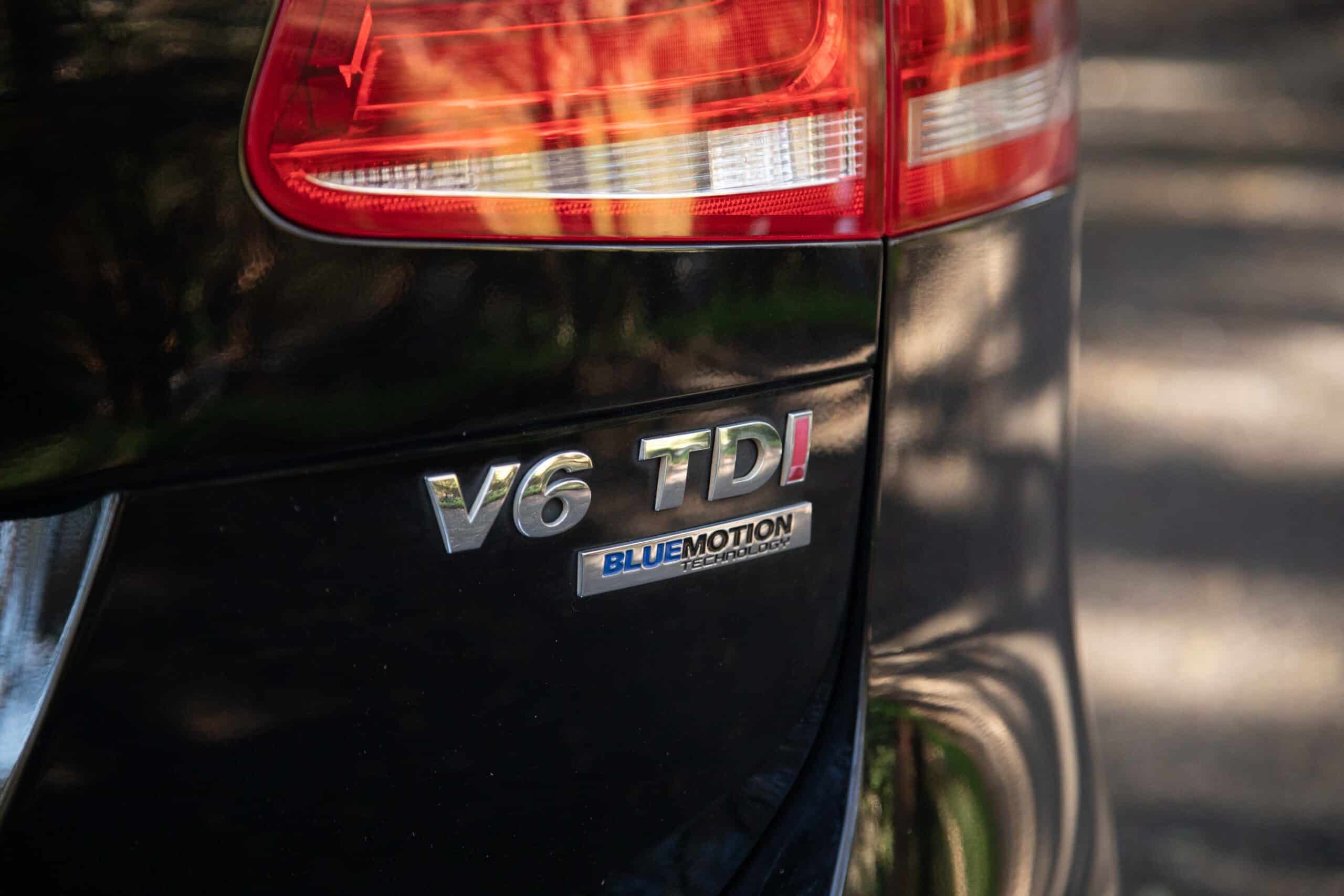 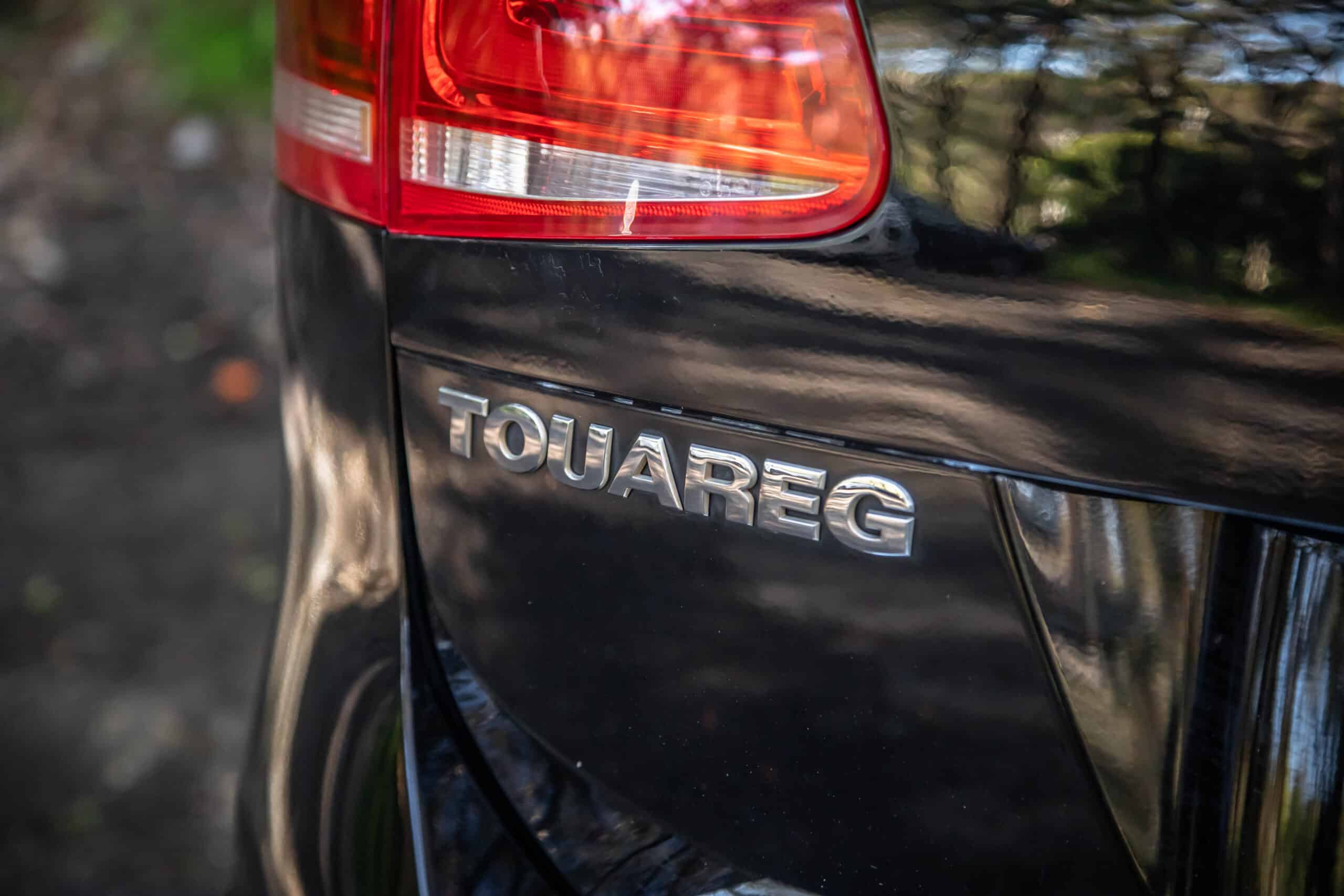 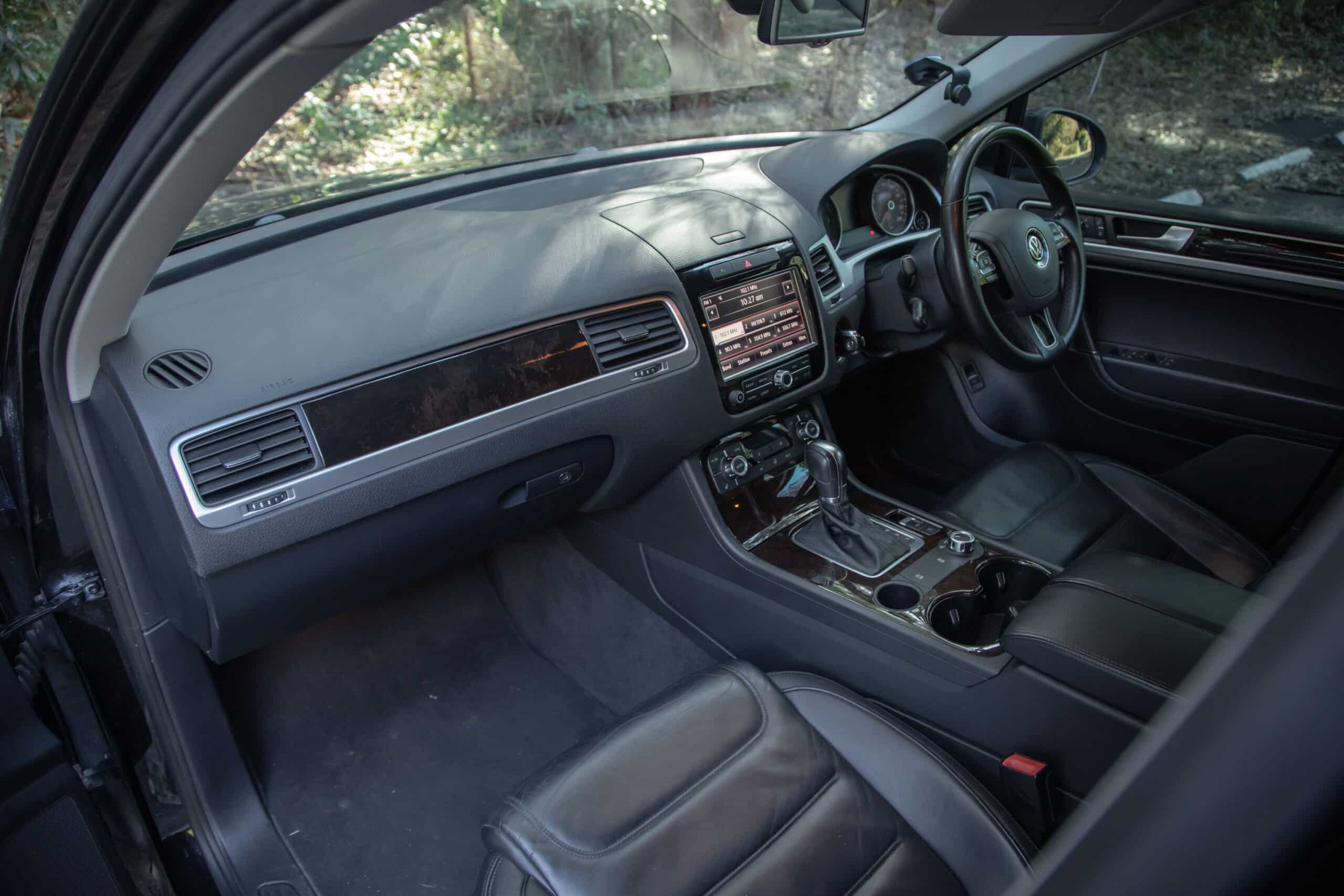 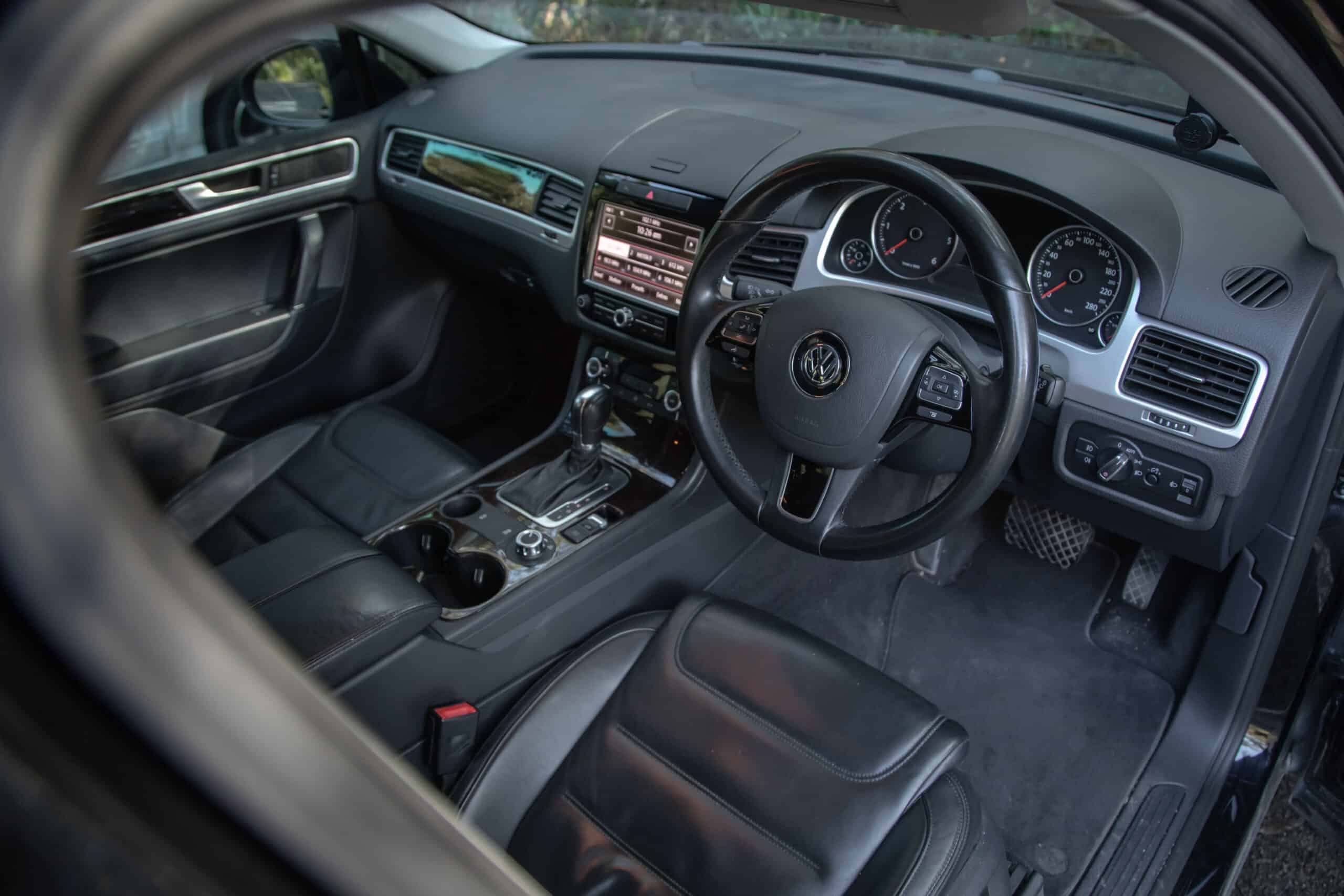 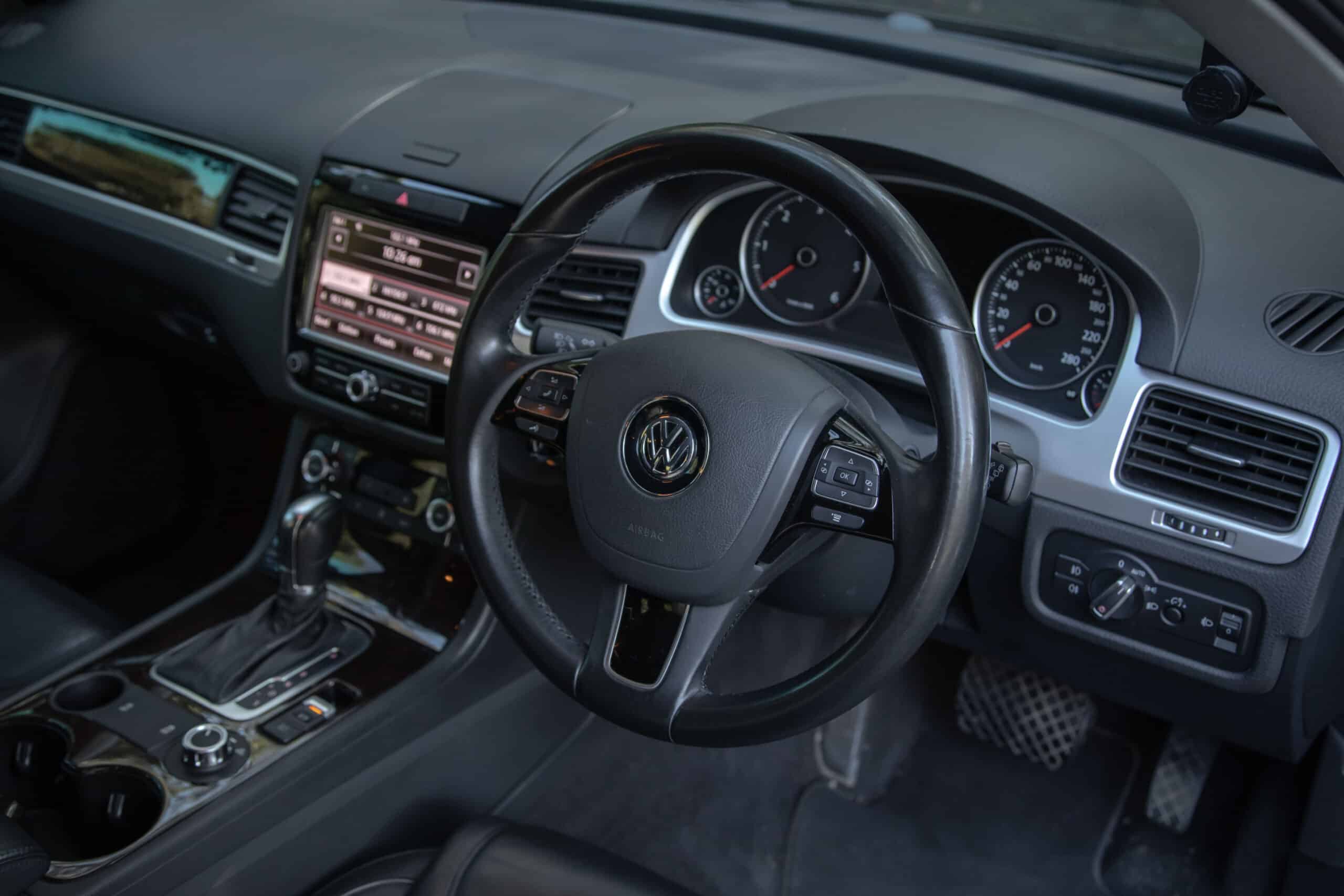 The Touareg SUV was and remains the flagship of the Volkswagen range, long the German carmaker’s largest and priciest mainstream offering. Its first ‘7L’ generation launched globally in 2002, offering everything five-cylinder diesels and petrol V12s and oiler V10s, out to stake VW’s claim of offering a genuinely premium vehicle in a stable considered locally more as ‘semi premium’.

It was really the second generation, the ‘7P’, that settled down into the mature and serious luxury family hauler range we know today, lobbing, after some delay, in mid-2011 as a conventional six-cylinder line-up.

Sharing its technical DNA with Audi Q7 and Porsche Cayenne, and built in the same Slovakian factory, it has the right genes for Volkswagen’s premium-grade pitch and in its fittest option-loaded form, bringing a correspondingly premium price tag. And looks a whole lot better than the pudgy first gen, too.

However, unlike its seven-seat Audi brethren the Touareg is strictly a five-seater.

The tree-topper was the V6 TDI 4XMotion that, at $83k, neatly undercut low-grade Porsche and Audi alternatives while offering more off-road and touring savvy kits such as dual-range four-wheel drive, diff locking and a larger (100L) fuel tank than the ‘regular’ Touareg variants.

But options were pricey. Start ticking boxes such as a 20-inch wheels, Comfort pack, Sport interior, Dynaudio sound, nice paint and a glass roof and your nicely tweaked 4XMotion sailed north of six figures. Shrewd used buyers will sniff out the well-optioned examples for maximum bang for buck.

From early 2013 (in MY13), an R-Line version was added, bringing a stonking 4.2L twin-turbo diesel V8 good for 250kW and a huge 800Nm, a sweet combination of 5.8sec 0-100km/h performance with sub-10-litre combined consumption. Fully loaded with kit and sat on 21-inch wheels and air suspension – offered optionally on lower grades – the new king of the Touareg hill wanted for $113k.

Nine airbags are par for the gen II course and the tilt and slide rear seating is real boon for five-seater with heaps of family friendly comfort and roominess, including 580 litres of bootspace. And with 3500kg of braked towing, the Touareg is quite a capable trailer hauler in the healthier diesel specs.

The range was face-lifted in 2015 with mild styling changes and fiddle to the variant features sets. By now the slow-selling petrol FSI version had been turfed from the local line-up.

In 2017, a sporty Wolfsburg Edition lobbed at around $89k for what was ostensibly a $3500 upcharge above the mid-spec V6 TDI oiler on which it’s based. The real sleeper of its generation, though, is the Adventure that, for a tenner under $80k, was cheaper than that V6 TDI on which it’s based, yet brings height-adjustable air suspension, smaller 19-inch wheels, a 100L tank and leather trim, for what’s a price-savvy and cushy urban and highway cruiser.

In the twilight of the lifecycle, Volkswagen also offered Element and Monochrome editions, with extra gear and a two- ($71k) and six-grand upcharge ($75k) respectively over the entry 150TDI they were based off, to help move the slow-selling Touareg not nearly as hot property is the brand’s Tiguan mid-sized SUV.

Gen II was replaced by an all-new third-generation ‘CR’ Touareg that launched locally in mid 2019.

The 150TDI was introduced as the base model upon the 7P’s debut in July 2011, sporting a 3.0 litre V6 turbo diesel engine mated with an 8-speed automatic transmission and VW’s 4MOTION all-wheel-drive system.

The 150TDI Monochrome Edition also benefited from a variety of assistance technology fitted as standard such as: AEB (low speed), adaptive cruise control, side assist and proactive occupant protection.

The V6 TDI (later renamed to the 180TDI) and V6 FSI were both respectively the middle of the range models in the Touareg range.

The V6 TSI was only available in Australia for one year (discontinued in 2012), and sported a 3.6 naturally aspirated V6 engine.

Released in May 2016, the Wolfsburg Edition was based on the 180TDI model and featured larger alloy wheels, rear privacy glass, dark LED tail lights, and assistance systems like AEB (low-speed), side assist, proactive occupant protection and adaptive cruise control.

The V6 TDI 4XMOTION was available until 2014, and added a variety of mechanical features for off-roading such as the 4XMOTION all-wheel drive system, transfer gearbox with low range off-road ratio; and centre and rear differentials with electrically operated differential locks.

In addition to V6 TDI:

The 4.2 TDI R-Line (later renamed to the 250TDI R-Line) was the top-of-the-range model in the 7P generation of the Touareg; and fitted with a 4.1-litre turbocharged V8 diesel engine.

In addition to the V6 TDI/180 TDI model the 4.2 TDI R-Line/250TDI R-Line added a variety of luxury and comfort features as well as assistance systems like AEB (low-speed), side assist, proactive occupant protection and adaptive cruise control.

We so want to say yes because when a Touareg is at its best, they are a genuinely wonderful SUV. However, as they age, the chances of things going horribly wrong are just a bit too high for the normal consumer.

If you’re highly mechanically inclined and relish in the thought of spending the occasional weekend deep underneath a Touareg fixing any number of the many inevitable problems, or the cost and time to repair a Touareg is easily justified, it is a yes from us, buy one.

While something like a Pajero or Prado will most likely be far more reliable, neither of those vehicles provide the levels of plush luxury and cool Euro image that the Touareg offers.

But, if the budget is tight, you have no interest in getting your hands dirty and you don’t list repairing Volkswagen SUVs as one of your favourite hobbies, then sorry but no, you should not buy a Touareg.